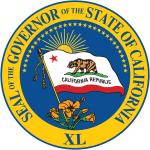 “Hard decisions” are “coming due,” Governor Gavin Newsom said this week in his first State of the State Address.

Water, energy, high-speed rail, housing, health care and the “affordability crisis” were just a few of the long-standing issues the Governor touched upon in his upbeat talk to both houses of the Legislature, statewide officials, Supreme Court justices and special guests.

Talking about the need for “a fresh approach” to meeting “California’s massive water challenges,” the Governor noted that the water supply is becoming “less reliable because of climate change” and there is a lot of demand from population growth due to a strong economy.

The Governor said he doesn’t support the twin tunnels that have been part of the California WaterFix plan for moving water through the Sacramento-San Joaquin Delta.

“But we can build on the important work that’s already been done,” the Governor continued. “That’s why I do support a single tunnel.”

To help what he called a need for a “portfolio approach to building water infrastructure and meeting long-term demand,” the Governor said he was naming E. Joaquin Esquivel as the new chair of the State Water Resources Control Board.

Esquivel was named to the state water board by Governor Edmund G. Brown Jr. in March 2017.

The Governor described housing as “perhaps our most overwhelming challenge right now” and again called for cities and counties to do more to plan for building more housing.

Huntington Beach was picked as the first city to be sued two weeks ago for failing to meet its affordable housing obligations because of the statute of limitations, Newsom explained.

He said he is inviting the leaders of 47 other cities “to sit down for a candid conversation,” adding that he doesn’t intend to file lawsuits against all of them, “but I’m not going to preside over neglect and denial. These cities need to summon the political courage to build their fair share of housing.”

The Governor also said he wanted to acknowledge “other factors beyond city planning that have limited our ability to provide housing.

He applauded efforts by home builders and labor leaders who are working “to forge a compromise to accelerate production.”

To help renters, he called for new rules “to stabilize neighborhoods and prevent evictions, without putting small landlords out of business.” He told legislators: “get me a good package on rent stability this year and I will sign it.”

California’s ability to invest “in everything we care about is constrained by the pressure of rising health care costs,” the Governor declared.

Federal elimination of the individual mandate has been followed by increases in Covered California premiums.

“When it comes to the individual mandate, California must act where Washington failed,” said the Governor.

By doing so, he said, California will be able to increase its subsidies for individuals and families.

“As we pursue the long-term goal of single-payer financing,” he said, “let us make a down-payment now by expanding Medi-Cal coverage to all Californians up to age 26, regardless of their immigration status.”

Commenting that access is only part of the solution and cost is another, the Governor highlighted the need to address rising costs throughout the system, “like the consolidation of hospitals and other health providers,” and continue bringing down the cost of prescription drugs.

Newsom reminded listeners that his first act as Governor was to “lay the foundation for a single-purchasing” system for prescription drugs (see January 11 Alert).

Governor Newsom commented that the entire energy market is evolving, with more and more of the state’s electricity being procured outside of investor-owned utilities. Changes he cited included rooftop solar, wind generation, smart grid technologies and community choice aggregators.

Pointing out that regulations and insurance practices created decades ago didn’t anticipate the changes, the Governor called for mapping out longer-term strategies, “not just for the utilities’ future, but for California’s energy future, to ensure that the cost of climate change doesn’t fall on those least able to afford it.”

He also said he has put together a team of bankruptcy lawyers and energy financial experts to work with his strike team to develop and present within 60 days a “comprehensive strategy” for dealing with the Pacific Gas & Electric Company’s bankruptcy.

The Governor acknowledged the high cost and long time it would take to complete the high-speed rail project as currently planned. He pointed out, however, that the state can complete a high-speed rail link between Merced and Bakersfield.

Completing that link, he said, can be paired with “opportunity zones, to form the backbone of a reinvigorated Central Valley economy.”

He continued, “Abandoning high-speed rail entirely means we will have wasted billions of dollars with nothing but broken promises and lawsuits to show for it.”

He said he had no interest in returning the $3.5 billion in federal funding that was allocated to the project.

Besides new transparency measures “to hold contractors and consultants accountable to explain how taxpayer dollars are spent,” the Governor appointed his economic director, Lenny Mendonca, as the next chair of the High-Speed Rail Authority.

Citing the investment the state is making in schools ($80 billion proposed for next year), the Governor said California still ranks 41st in the nation in per pupil funding, but “the measure of a school system’s excellence is more than the sum of its budgets.”

In addition to “an honest conversation about how we fund our schools at a state and local level,” California needs “clear and achievable standards of transparency, more information sharing, and accountability for all public schools—traditional and charter,” the Governor said.

He announced he has picked nationally recognized education expert Linda Darling-Hammond to be the new president of the State Board of Education and work with State Superintendent of Public Instruction Tony Thurmond “to lift up all of our students.” Darling-Hammond is professor emeritus at the Stanford University Graduate School of Education.

The Governor described the “homelessness epidemic” as an “urgent moral issue” that has increasingly become a “public health crisis.” He drew connections between homelessness and mental illnesses.

Mayors, county supervisors and city councils around the state “are working hard to reduce homelessness and its underlying causes. We’ve got to have their backs,” Newsom said.

He announced he is appointing a new Commission on Homelessness and Supportive Housing, led by Sacramento Mayor Darrell Steinberg. Steinberg was Senate president pro tem from 2008 to 2014.

Newsom asked for legislators’ support in putting $500 million into immediate funding for “navigation centers”— emergency shelters with services on site, and another $100 million for “whole person care,” replacing a fragmented approach with one that is more integrated and comprehensive.

The Governor described the world of work as being in a “perpetual state of flux” and said it’s time to develop “a new modern compact for California’s changing workforce.”

He added, “This is much bigger than Dynamex,” referring to the April 2018 California Supreme Court ruling that created a one-size-fits-all test for deciding who is an independent contractor (see February 8 Alert for more on the I’m Independent coalition activities).

“California needs a comprehensive statewide strategy to uplift and upskill our workers, to ensure technological advancements in AI, block chain, big data, are creating jobs, not destroying them, and to reform our institutions so that more workers have an ownership stake in their sweat equity,” the Governor said.

He said he will appoint a new Commission on California’s Workforce and Future of Work through which labor and business leaders from the public and private sectors will “come up with new ideas to expand worker opportunity without extinguishing innovation or flexibility.”

Saying he applauds the Legislature for passing the first-in-the-nation digital privacy law last year, the Governor said California consumers also should be able to “share in the wealth that is created from their data.”

The Governor said he has asked his team to develop a proposal for a new “data dividend” for Californians “because we recognize that your data has value and it belongs to you.”

The CalChamber has concerns about the workability of the privacy law and is seeking amendments (see February 8 Alert story about the privacy coalition).

California needs to prepare for a major demographic challenge, the Governor said: “The Golden State is getting grayer.”

It is time, the Governor said, for a new Master Plan on Aging that must address person-centered care, the patchwork of public services, social isolation, bed-locked seniors in need of transportation, the nursing shortage and demand for In-Home Supportive Services that outpaces that program’s capacity.

Emphasizing that “we can’t talk about aging without focusing on Alzheimer’s,” the Governor said he is launching the Alzheimer’s Prevention and Preparedness Task Force to bring together renowned scientists and thinkers to develop “first-of-its-kind” research.

To head the task force, he named Maria Shriver, former first lady and a leading advocate for families dealing with Alzheimer’s.