California’s water future will get brighter with the passage of the bipartisan, comprehensive federal legislation, America’s Water Infrastructure Act 2018 (AWIA).

The bill passed the U.S. House of Representatives and will very likely pass the U.S. Senate soon. Given President Donald J. Trump’s outspoken support for improved infrastructure and statements about more water for the Central Valley being important, his willingness to sign the bill is not in question.

Another big boost for Western water projects is the passage of the 2019 Energy and Water appropriations bill that addresses water storage, drought preparedness, and water infrastructure needs for the U.S. Bureau of Reclamation and U.S. Army Corps of Engineers.

Taken together, these water bills could jump-start water projects all over the state, including the Delta, that have been languishing for years for lack of funding. This bill is awaiting the President’s signature as well.

AWIA authorizes financing for new water-storage projects as part of the Water Resources Development Act, the primary federal vehicle for water resources funding that is reauthorized every two years. Federally backed financing reduces the costs to project proponents and means much better rates for debt service that will benefit water storage projects like Sites and Temperance Flat reservoirs.

AWIA contains provisions that will support local irrigation districts and water agencies to raise spillway gates, repair and expand dams, reservoirs and other water projects. It also includes flood protections for the San Joaquin Valley, funding for a program to restore seismic stability and expansion of the San Luis Reservoir, and funding for a pilot project in the Russian River Basin to develop a system for incorporating weather forecasts into reservoir operations.

The 2019 Energy and Water bill provides:

• $540 million for Army Corps of Engineers and Bureau of Reclamation water infrastructure programs specifically in California.

• $34 million for WaterSMART grants and almost $59 million for the Title XVI Water Reclamation and Reuse program.

• A requirement that an independent risk analysis of Oroville Dam be conducted and an extensive review of all federal dam safety practices.

• Increased funding for desalination research and development by almost 35%.

In a state that is chronically short of water, even in normal water years, the fight for federal funding is a serious and ongoing battle. The cost to develop or even repair infrastructure in California is much greater than other states. 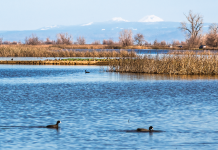 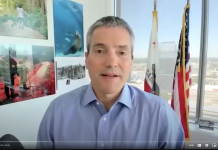