The importance of international trade, immigration reform and technology to California were the subjects of a speech given by California Chamber of Commerce Board Chair Susan Corrales-Diaz at the Sacramento Host Breakfast last week.

The annual breakfast on June 1 was attended by more than 1,200 civic and business leaders from throughout the state and also featured remarks by Governor Edmund G. Brown Jr.

In hailing the entrepreneurship that he said has made California a powerhouse for clean tech venture capital, the Governor emphasized the importance of market forces to success for a cap-and-trade program to limit carbon emissions in California.

By trading allowances, “the most efficient producer creates the investment in technology to get the reduction done,” he said. A command-and-control approach, with just the cap and no buying, trading or selling of allowances costs tens of billions of dollars more, he pointed out.

“So when I say we need the cap-and-trade program, I’m talking about jobs; I’m talking about saving your businesses millions and millions of dollars,” he told listeners. “It’s a critical vote and over the next several weeks, we’re going to do everything we can to make sure we introduce a market mechanism in this very important program to clean up the environment of California,” the Governor said.

In her remarks, Corrales-Diaz, president and CEO of Systems Integrated, highlighted the value of international trade to California’s economy, pointing out that last year’s state exports amounted to nearly $164 billion and accounted for 11% of total U.S. exports.

In California, trade impacts everyone as it sustains jobs and reduces the costs of goods to consumers, she said. Critical to trade are free trade agreements and the federal finance programs of the Export-Import Bank, which provides the financial tools used in selling goods and services overseas.

“California wins when more of our businesses are able to participate in exporting, either directly or as suppliers to an export. Our legislators need to press for more trade agreements, and demand that Ex-Im Bank’s quorum be restored for full operation,” Corrales-Diaz urged.

Corrales-Diaz also touched upon how technology’s evolution affects today’s economy, workforce, and business operations. Employees are no longer bound to office spaces and gig economy jobs are growing in demand. To keep up with these changes, businesses and workers need more flexibility in their work schedules, but the state’s labor laws clash with the need to adapt and need to be updated, Corrales-Diaz said.

Also, 20% of California’s skilled and educated workforce is inching toward retirement, but many would be willing to continue working if they could control their schedules with flexible hours, Corrales-Diaz added.

Another challenge in the state’s economy is funding higher education. California’s position at the forefront of technology and innovation is reliant upon its skilled and educated workforce, which is fostered by the state’s colleges and universities, Corrales-Diaz said.

Funding for higher education, however, has declined, limiting the number of resident students admitted, and increasing the enrollment of nonresident and international students. This not only creates a skills gap among state residents, but it also depletes the state’s talent pool once foreign students graduate and return to their respective countries. To help stop this brain drain, the U.S. should offer foreign-born students with graduate level technical degrees an opportunity for permanent residence, she said.

California also should foster graduates in science, technology, engineering and mathematics (STEM), and should consider funding STEM-specific tuition assistance programs to encourage the pursuit of those degrees. But not all students need a university degree to participate in the technology field, Corrales-Diaz added.

“Our community colleges have aided in making technical occupations more accessible by providing training through Career Technical Education and offer vocational degrees,” she said. “These programs help to solve the skills gap, but need dependable funding to maintain availability and meet the demand.”

She also called for objective testing so California can determine whether the resources being committed to education are achieving the desired outcomes.

Ireland a Center of Transatlantic Activities for U.S., California Firms

More Important Than Ever: Maintaining and Improving Free Trade, Investment 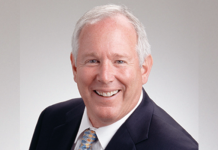 How Leave Laws Interact When a Couple Works for Same Employer