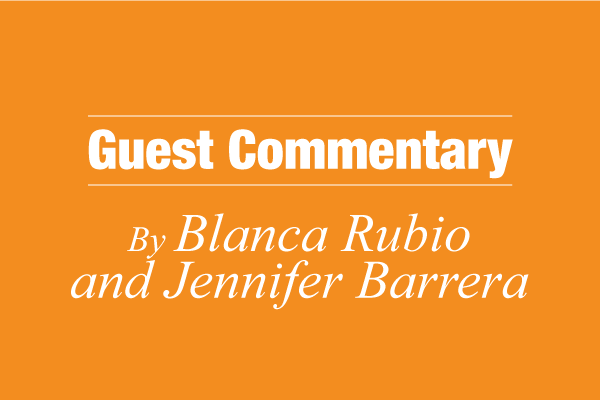 Californians have traveled a bumpy road to post-pandemic recovery, with healthy employment and wage growth on the one hand, but soaring inflation and cost-of-living increases on the other.

Governor Gavin Newsom recognizes the squeeze of inflation that has been placed on Californians. To address this, he is proposing $18 billion in tax relief and subsidies to offset some of that pain on the working class. The Governor and the Legislature should also extend relief to employers by paying down the state’s unemployment insurance debt, which will mitigate future tax increases.

California’s unemployment insurance (UI) program is funded exclusively by employers via state and federal payroll taxes on wages. Workers pay no UI payroll taxes. The system is designed to replenish the UI fund during times of economic growth in preparation for high unemployment during recessions. Payroll taxes rise and fall, depending on the condition of the UI safety net.

Unless the Governor and the Legislature act this year, employers will suffer from unemployment insurance payroll taxes. These taxes will increase each year for up to 20 years, more than doubling by 2035.

The reason? The massive unemployment shock suffered in 2020 led to economic shutdowns in the wake of the pandemic. Record unemployment rates drained the fund in place to pay for compensation. This meant the state needed to eventually borrow $20 billion from the U.S. Treasury to ensure a safety net for unemployed Californians.

But not even federal money is free. That $20 billion debt must be repaid by employers through a $21 per worker tax increase each year, up to a maximum of $420 per employee each year. For a small business with 25 employees, that would ultimately amount to a $10,000 annual tax increase!

But wait, there’s more. Since this is a loan from the federal treasury, the state General Fund must pay the interest, which is estimated at more than $500 million next year. As long as any debt is outstanding, there will be a continuing state taxpayer expense.

Governor Newsom recognized this risk to employers and taxpayers when he introduced his budget in January. When the budget surplus was projected to be $20 billion, he proposed the state transfer $3 billion to the UI fund to partially offset the deficit. This represented a great first step — but would have rolled back only a single year of the estimated 20 years of tax increases.

Today — four months later — the facts on the ground have changed. Inflation is taking a bite out of everyone’s pocketbook. For businesses, inflation affects the bottom line — increasing every operating expense. Conversely, the projected state budget surplus has more than doubled since January, marking the third straight year the state has enjoyed record revenue.

Given the economic threats to small businesses, and more than ample state revenues, we suggest the Governor and Legislature triple-down on the original budget proposal with a billion-dollar payroll tax credit to offset the first two years of the UI tax increase, and a $9 billion transfer to the UI fund to cushion the blow of future tax increases and reduce part of the state’s interest payment obligation.

An added benefit: according to the nonpartisan Legislative Analyst, this transfer to the UI fund will not count against the state’s spending limit since it can qualify as emergency spending in response to the pandemic.

Under this proposal, employers will still be liable for more than half of the deficit — which was not caused by a business cycle, but by a pandemic-caused economic shutdown. Employers would be left to pay off a debt comparable to the aftermath of the Great Recession.

Speaking of recessions, the risk of an economic downturn grows as the Federal Reserve fights inflation. It is vital that the UI fund reaches solvency before the next recession and the inevitable higher unemployment.

California is enjoying an unprecedented and unexpected streak of budget surpluses — created in large part from the strong economic performance by key California economic sectors and entrepreneurs. The Governor and Legislature should jump at this fiscally responsible use of one-time funds to mitigate a reasonable share of the UI tax increase — especially in the face of high inflation and lingering effects from the pandemic shutdown.