“Excellencies, coming from the outside I have noticed that the world is leaving the WTO behind,” the Director General said. “Leaders and decision makers are impatient for change. Several trade ministers said to me that if things don’t change, they will no longer attend the ministerial because it is a waste of their time.”

The WTO, a multilateral treaty subscribed to by 164 governments that together account for the majority of world trade, have now set their 12th ministerial meeting in Geneva at WTO headquarters for the week of November 29, after the 2020 meeting planned for Kazakhstan was canceled due to the pandemic. Ministerial meetings usually are held every two years.

“If we all accept that we can no longer do business as usual, that will help us create the parameters for success,” Okonjo-Iweala said.

On March 9, U.S. Senators Ben Cardin (D-MD) and Rob Portman (R-OH) reintroduced a bipartisan resolution expressing support for U.S. leadership at the WTO. As noted in their news release, the resolution also calls for reforms at the WTO, including:

“(2) restoring the intended meaning to trade remedy provisions that, thanks to the WTO’s judicial activism, have limited the ability of the United States to crack down on foreign trade cheats;

“(3) beefing up rules against currency manipulation; and

Last week, a senior European Union trade negotiator warned, “The rules-based international trading system could fall apart over the next few years unless WTO members make progress soon on a package of new agreements and reforms.

“If we do not succeed in reform of the WTO in the next three years, I think we risk having a very damaging fragmentation of the global trading system,” Ignacio Garcia Bercero said during a March 19 discussion hosted by the Peterson Institute for International Economics.

The California Chamber of Commerce is hopeful that with a new Director General now selected by consensus, there can be a path forward for the WTO to tackle reforms within the organization. The revamp should address the functioning of the Appellate Body, encourage greater transparency and enhance discipline for members who fall behind on or do not adhere to obligations.

In addition to dispute settlement, the issues which face the WTO include success in reaching agreement at the next WTO ministerial conference on trade in medical goods, agricultural products, digital trade, fisheries subsidies, and investment facilitation.

The WTO is the only global international organization dealing with the rules of trade between nations. Its main function is to ensure that trade flows as smoothly, predictably and freely as possible.

At its heart are the WTO agreements, negotiated and signed by the bulk of the world’s trading nations, and ratified or approved in their parliaments or legislatures. The goal is to help producers of goods and services, exporters and importers conduct business. The WTO gives U.S. and California businesses improved access to foreign markets and better rules to ensure that competition with foreign businesses is conducted fairly.

On February 4, 2021, the United States gave its formal backing to Dr. Okonjo-Iweala to lead the WTO. The Biden administration declared its “strong support” of Dr. Okonjo-Iweala to serve as the WTO’s next director general. The decision broke with the Trump administration’s support for South Korean Trade Minister Yoo Myung-hee and brought the U.S. in line with much of the rest of the world.

Successful multilateral negotiating rounds have helped increase world trade; the WTO estimates the 1994 Uruguay Round trade deal added more than $100 billion to world income. The World Bank estimates that new successful world trade talks could bring nearly $325 billion in income to the developing world and lift 500 million people out of poverty. Other studies have shown that eliminating trade barriers would mean $2,500 per year in increased income to the average U.S. family of four.

California’s $3 trillion-plus economy is one of the 10 largest in the world. Although trade is a nationally determined policy issue, its impact on California is immense. California exports goods to more than 225 foreign markets around the world. Trade offers the opportunity to expand the role of California’s exports. In its broadest terms, trade can literally feed the world and raise the living standards of those around us. 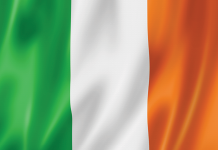