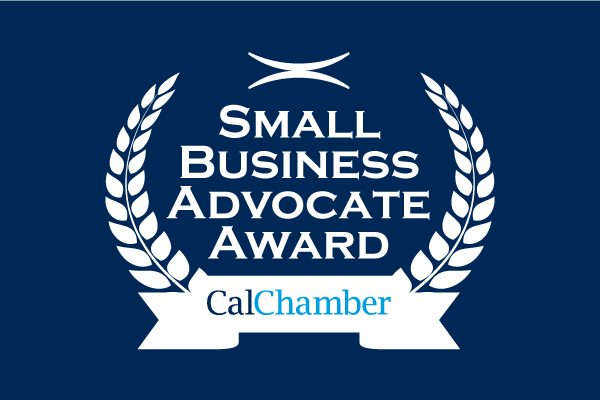 “During the past year, many chambers stepped up their advocacy efforts at all levels of government to help their members get through the tough times caused by the pandemic,” said Jennifer Johnson, CalChamber director of local chamber relations. “The Small Business Advocate of the Year awards are one small way to acknowledge those exemplary efforts.”

The award recipients will be recognized at the CalChamber Virtual Capitol Summit on May 12.

Nominations are due by May 3. The nomination form is available at www.calchamber.com/smallbusiness or may be requested from the Local Chamber Department at (916) 444-6670.