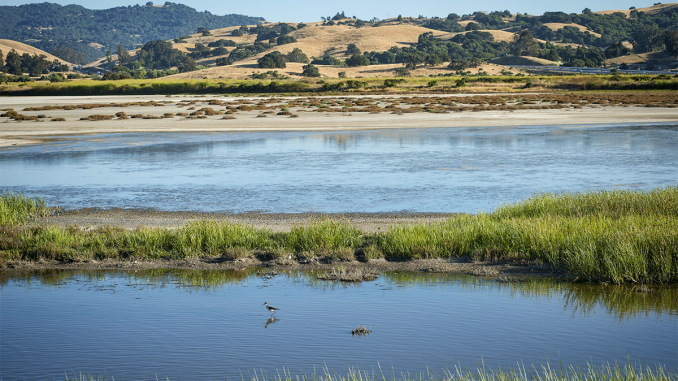 Another lawsuit in the water arena is not news. Anything to do with water is complicated, controversial, and likely to take years to resolve if it’s possible to resolve.

The state laid out its own plan for managing water flows in the Delta in a lengthy environmental report released on November 21. The state plan is more protective of endangered species, according to some environmentalists, but still does not go far enough in their view.

The federal plan is viewed by them as a giveway to the San Joaquin farmers at the expense of endangered fish and exploitation of the fragile Delta ecosystem.

The Department of Water Resources operates the State Water Project (SWP), which supplies water for Northern California, the Bay Area, the San Joaquin Valley, the Central Coast and Southern California.

The two projects work cooperatively to deliver water throughout the state under a series of state, federal, and local agreements.

Historically, the state has relied on the federal government to set the rules on how the projects work together to move water throughout the state.

Ideally, the two parties should work together melding their plans. Should the federal government go its own way, the state would have to make up any water shortages, seriously jeopardizing water supply reliability.

Also at risk are the Voluntary Settlement Agreements being negotiated as an alternative to strict water flow reductions on the San Joaquin River required under the Bay-Delta Water Quality Control Plan.

The Newsom administration reiterated the Governor’s support for the voluntary settlement agreement process as a more durable and broader suite of tools to meet water quality objectives, protect the environment and native fish while still providing enough water for agriculture and municipal purposes.

Resolution to the problem of differing plans to operate the SWP and CVP will be difficult and time consuming. Just another day in the water wars.

This story appeared first as a Capitol Insider blog post.