California’s top issues, including tourism’s impact on the state, and federal initiatives to facilitate Indo-Pacific trade, took center stage at the California Chamber of Commerce International Forum this year.

The event was sponsored by Frontier Communications.

The first to speak at the international forum, Lieutenant Governor Eleni Kounalakis, lauded the economic gains the state has made, and outlined the issues California will prioritize. Some of the key priorities the administration has identified are: trade, climate change, immigration and the university system.

“Although the power to regulate trade rests with the federal government, California can and must develop relationships and programs to promote trade and investment with our partners worldwide,” she emphasized.

Following the United States’ withdrawal from the Paris Climate Agreement, California’s commitment to act has never been more consequential, Kounalakis told forum attendees. She said the state will continue to target lower greenhouse gas emissions, and invest in clean energy and technology.

In contrast to U.S. policy, Kounalakis said, California will be a refuge and welcome immigration. The Lieutenant Governor highlighted the fact that 27% of California’s workforce is foreign born.

California will continue to position its students to prepare them for the workforce of the future and take advantage of all opportunities to leverage their ingenuity for the benefit of the state and the world, Kounalakis said.

Diane Farrell is deputy assistant secretary for Asia in the U.S. Department of Commerce. Her remarks centered around trade investment in Asian markets, in particular the Indo-Pacific Region, which spans Pakistan to Australia/New Zealand.

The region is on its way to becoming the largest market in the world, which is why the United States is working on establishing economic partnerships and encouraging private sector investment to “take advantage of the demographic dividends of future consumers” in the region, Farrell told attendees.

Two-way trade in the region brought in $1.9 trillion in 2018, and $476 billion of U.S. exports, she said. Farrell estimated that there is approximately $1.7 trillion of opportunity in the region, spanning a variety of sectors, including energy, aerospace, infrastructure, health care, defense and information technology.

In recognition of the value of strengthening economic partnerships in the region, the U.S. Department of Commerce launched Access Asia, a matchmaking program that helps companies discover new opportunities. Since its launch in 2018, the program has brought together 1,000 new companies, and Access Asia 2.0 will be launched in the future to take the program overseas and expand into more U.S. cities, she said.

Tourism is the state’s No. 1 export—even before agriculture, Beteta said. To ensure that the state keeps attracting visitors, Visit California has established offices in 14 countries. These offices account for approximately 87% of all inbound state travel.

The state’s key markets are: China, Mexico, Canada, and United Arab Emirates. In addition, the agency is making progress on opening the state to other markets, such as India.

Visit California has worked on a “Dream Big” global brand, based on the California identity, “the Land of Innovation” where “All dreams are welcome.”

Visit California’s job is to inspire. The hardest job of all, Beteta said, falls on businesses, which have the challenge of fulfilling that brand promise. 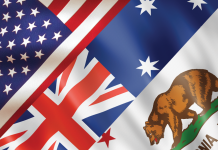