In a favorable ruling for the California Chamber of Commerce and the broader business community, an Alameda Superior Court judge has denied an environmental group’s effort to rescind the longstanding Proposition 65 standard for lead. Specifically, the group argued that the warning threshold for lead should be declared illegal and inoperative despite having been published as a final rule by the agency nearly 25 years ago.

The lawsuit, filed against the Office of Environmental Health Hazard Assessment (OEHHA) by Mateel Environmental Justice Foundation, asked the court to order OEHHA to rescind the current safe harbor level for lead.

The California Chamber of Commerce and the California Farm Bureau Federation intervened in the case as a defendant alongside OEHHA. The court rejected Mateel’s challenge, holding that OEHHA’s predecessor agency, which adopted the lead safe harbor level 25 years ago, should be afforded great deference for issues so scientific in nature.

The current safe harbor for lead—established by OEHHA in 1989—is the most stringent in the world at 0.5 micrograms per day, particularly due to Proposition 65’s conservative 1,000-fold uncertainty factor requirement for reproductive toxicants. The safe harbor is based primarily on a federal standard and was considered carefully when adopted by OEHHA (the lead agency for implementing Proposition 65).

Mateel’s lawsuit—more than two decades later—asked a court to overturn the lead agency’s considered decision, thus placing California even more out of step with standards set by the federal government and other jurisdictions around the world. Mateel’s argument relied on controversial and inconclusive science.

Given Proposition 65’s unique shifting of the burden of proof to the defendant, the relief Mateel sought could have opened the doors to more unnecessary litigation, more burden on the overtaxed court system, more shifting of wealth to the coffers of the “citizen enforcers” and their counsel, and more incentives for businesses to provide unwarranted warnings, creating more consumer confusion as Proposition 65 warnings proliferate and indiscriminately cover products with trace concentrations of lead in the same manner as products containing concentrations that may actually present a meaningful health hazard.

From a policy standpoint, these results would have gone directly contrary to the Governor’s calls to reduce Proposition 65 litigation and OEHHA’s calls to reduce the amount of warnings in California’s stream of commerce. Indeed, had Mateel’s request for relief been granted, there would have been profound adverse economic, legal and policy implications, including the Proposition 65 litigation overload and excessive warnings that the Governor and OEHHA have said repeatedly they would like to avoid.

While the court’s ruling is a victory for the business community, it may be only temporary. To wit, while the Mateel case was pending, the Center for Environmental Health filed an administrative petition to OEHHA demanding that OEHHA eliminate its 0.5 micrograms per day lead safe harbor level.

In response, in late 2015, OEHHA released a pre-regulatory proposal to slash the lead safe harbor by 60% (that is, from 0.5 micrograms/day to 0.2 micrograms/day). OEHHA’s proposal marks an extremely significant reduction in the safe harbor that will present substantial challenges for businesses to meet.

The CalChamber is currently leading a broad based coalition opposing OEHHA’s proposed reduction. 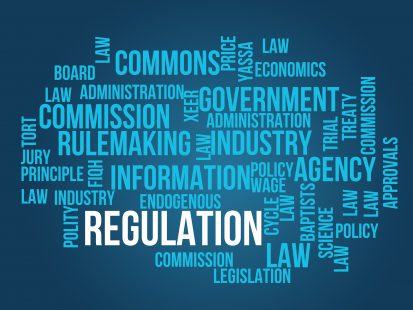