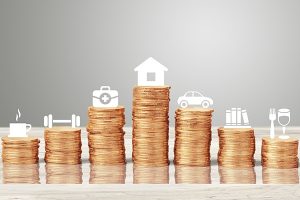 California voters are readying themselves to face lean economic times, and want state elected leaders to do likewise, according the latest CalChamber poll, the People’s Voice, 2022.

By a 65% to 35% margin, voters believe California is in a recession. When compared to a year ago, voters by a 2-to-1 margin believe their households’ finances and current economic situation are worse.

On a slightly more optimistic note, looking forward, a slim majority (51%) of voters think the economy will be better a year from now, and a majority (54%) say that their own economic situation will likely improve over the next year.

But for now, Californians are tightening their belts.

Three out of four voters say rising prices have caused them and their family to adjust spending habits a lot (35%) or some (40%). Nearly all voters (93%) have noticed higher prices for groceries, with higher gasoline prices (87%) also top of mind, followed by eating out at restaurants/take out (81%) and utility costs (68%).

Voters point to improving California’s business climate as a way through the economic doldrums.

A whopping 87% of voters believe that California needs to do more to attract and retain businesses in the state, while 63% go even further, agreeing that California has fostered an unfriendly business climate that discourages new high-quality jobs and opportunities.

These concerns are shared widely among demographic groups and regions, but are especially strong with younger voters and residents of the Inland Empire and Central Valley.

Nearly 4 out of 5 voters complained that state elected officials were not spending enough time encouraging economic development to grow new businesses in California or keeping major employers from leaving California and going to another state.

Digging deeper, voters were informed about a study from Stanford University’s Hoover Institution, which reported that in 2021, California business headquarters left the state at twice the rate of 2020 and 2019, and at three times the rate of 2018. Reasons for this include high tax rates, high labor costs, high living costs, high utility and fuel costs, as well as the complicated regulatory environment at the state and local level.

When asked how important is it that the Governor and the Legislature address this issue, nearly half of voters (48%) said it was extremely important and another third said it was very important.

Following up, voters were asked whether the Governor and the Legislature should be required, before enacting any new law, to report on its business impact, specifically whether the law will drive businesses and jobs to leave California. Nearly 90% agree with that policy, half of them strongly.

Based on the CalChamber poll’s findings, it is safe to say that economic concerns are at the root of voter anxiety in California. But fears about the breakdown of civil order in areas like...

California’s global rank among economies may be fifth, sixth or even fourth, but bragging rights make little difference to the day-to-day struggles that business owners and operators face in California. Without a doubt, California has...