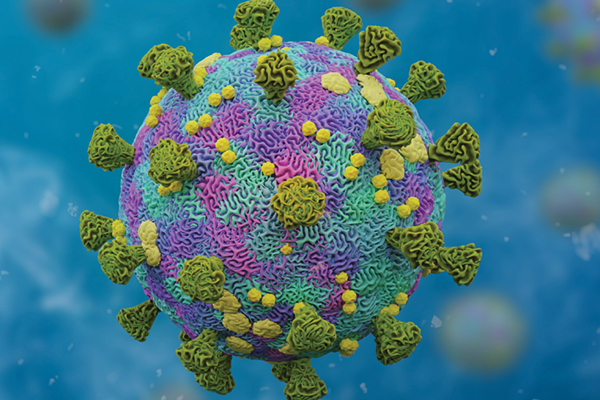 The Cal/OSHA Standards Board’s draft proposal to extend the state’s COVID-19 regulation for another two years — with some significant changes from the COVID-19 emergency regulation — still needs adjustments, the California Chamber of Commerce told the Standards Board last week.

In both testimony and a letter submitted to the Standards Board, the CalChamber said the COVID-19 rule should be extended only a year and identified problems with the proposal’s revised definition of “close contact,” notice provisions, requirements related to outbreaks, and recordkeeping requirements.

Joining the CalChamber on the letter expressing concerns about the draft COVID-19 rule was a diverse coalition of more than 50 groups representing business, agriculture, construction, local government, and local chambers of commerce.

The Standards Board met on September 15 to review the draft proposal, which:

• Continues to require that employers provide testing and notice after exposure (as they are doing now).

• Contains a two-year sunset, so the regulation would not be truly permanent (this is consistent with the overall recognition that COVID-19 is now an endemic disease, so emergency-level notice provisions may not be appropriate on a permanent basis).

• Allows more flexibility than the emergency regulation, recognizing the need to keep up with evolving science.

• Ends the repeatedly extended requirement of exclusion pay, which had burdened employers with paying for even nonworkplace cases, and frustrated employment law attorneys because of its vagueness.

Specific provisions of the draft nonemergency regulation in need of changes include:

• The definition of “close contact.” The CalChamber and coalition urge a return to the prior longstanding 6 feet/15 minutes standard with the ongoing ability for a public health order to supersede the proposed regulation when necessary.

The recent shift from the 6 feet/15 minutes definition to a new definition that treats all workers who “shar[e] the same indoor airspace” as close contacts has been a “mess of confusion” for California employers, the CalChamber commented. The prior definition prioritized those at greatest risk and was feasible to enforce.

Despite the efforts of the California Department of Public Health (CDPH) and Cal/OSHA to draft frequently asked questions, the new analysis remains ambiguous at best, and particularly difficult for smaller employers.

• Notice provisions. Legislation awaiting action by the Governor, AB 2693 (Reyes), will make some cross references in the proposed regulation inaccurate if it is signed into law. The CalChamber urges that changes be made if AB 2693 becomes law to prevent inaccurate and confusing references.

• Outbreaks. The emergency standard and the proposed regulation contain language requiring employers to immediately review potentially relevant COVID-19 policies, procedures and controls, and implement changes as needed to prevent further spread of COVID-19 whenever an “outbreak” of three cases occurs at a workplace.

The CalChamber urges that this requirement be changed to require employers “periodically” review relevant procedures and update them as conditions and best practices evolve, which is more in line with the proposed regulation’s shift toward Injury and Illness Prevention Program (IIPP)-based enforcement.

The CalChamber commented that the “every outbreak” language made some sense when the pandemic was new and scientific knowledge and best practices were evolving rapidly. Now that vaccinations are widespread, compliance policies well-developed, and positive cases are not the same concern as previously, the constant re-review of policies doesn’t make sense.

Moreover, the requirement isn’t tied to instances where COVID-19 was spread in the workplace, meaning employers must re-examine their workplace policies even when there is no evidence of any deficiencies with those public health protective policies.

The present emergency regulation and the proposed regulation require zero cases in a 14-day period to end outbreak precautions. This threshold was created early in the pandemic and, notably, fails to distinguish between cases due to workplace spread and those with confirmed out-of-workplace causes.

The low exit threshold has led to workplaces across California remaining in outbreak-level precautions of testing due to background social spread that has nothing to do with the workplace, the CalChamber emphasized.

• Recordkeeping requirements. The CalChamber asked that the contact tracing requirement for workplace cases be removed from the proposed regulation as a relic of an earlier phase of the COVID-19 pandemic. The proposed regulation requires employers to identify and maintain for two years records of all persons who had a close contact, including their names and contact information.

In March 2022, the CDPH issued guidance that universal contact tracing was no longer recommended. In line with changing federal guidance, the CDPH recognized that COVID-19 had changed (becoming more widespread but also less likely to cause major symptoms), which therefore lessened the impact and feasibility of contact tracing.

The COVID-19 emergency regulation was first put into place in the fall of 2020 and has been repeatedly extended (including via the unusual step of an Executive Order [N-23-21]), but it will expire on December 31, 2022. Notably, the emergency regulation has evolved considerably over that time (see Cal/OSHA’s website for details www.dir.ca.gov/oshsb/COVID-19-Prevention-Emergency.html).

The emergency regulation will expire at the end of this year unless Cal/OSHA votes to turn it into a “permanent” regulation before then. A vote is anticipated on the proposed two-year extension in November or December of this year.