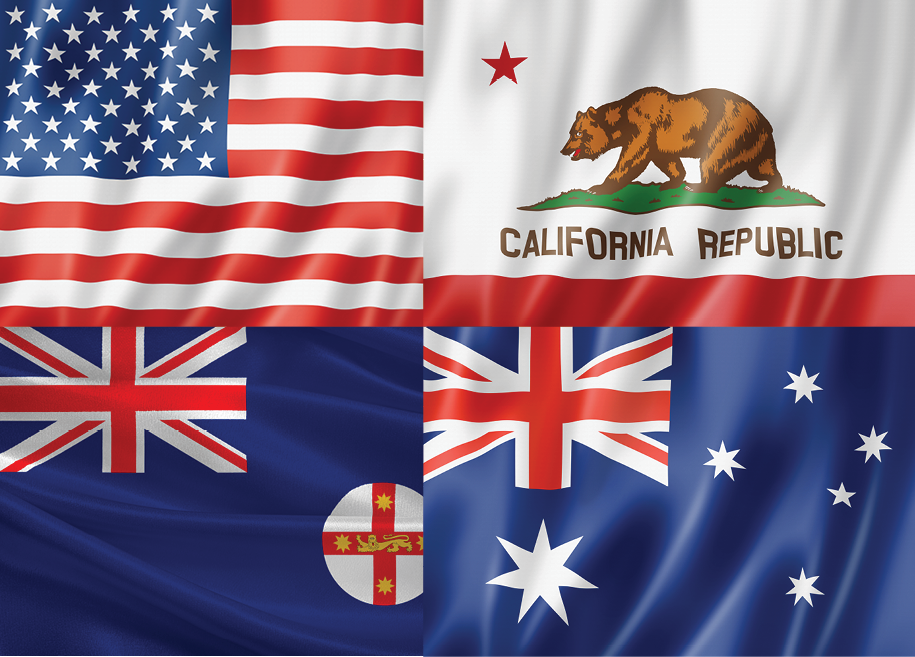 The many shared interests of New South Wales (NSW), Australia and sister state California were discussed this week when a delegation from the NSW Parliament met with California Chamber of Commerce representatives.

California and New South Wales, Australia became sister states through a resolution in 1997 as the two states share many economic and cultural similarities.

California and New South Wales both have diverse landscapes, are key exporting states for their respective countries, and have agriculture and mining industries that are vital to both states’ economies. More recently, the two have shared a similarity in the wine industry and growing services sector, as well as the film, sports and leisure industries.

The group discussed the structure of the NSW Parliament and California Legislature, governance issues, technology, climate change and international issues.

Australia is one of the United States’ oldest and closest allies and shares our common values and history. Australia has been an active participant in international affairs since World War I and has fought beside the United States and other allies in every significant conflict to the present day, joining coalition forces in the Persian Gulf in 1991, Afghanistan in 2002, and Iraq in 2003.

As the 16th largest export destination for the United States, Australia has always enjoyed a strong trade relationship and a diverse portfolio with the U.S.

In 2021, total exports were $23.382 billion, with top categories being non-electrical machinery, transportation equipment, chemicals, and computer and electronic products.

Imports to the United States from Australia totaled $12.46 billion in 2021. Processed food and primary metals made up the bulk of imports, totaling $3 billion and $2.34 billion, respectively. This was followed by miscellaneous manufactures and chemicals.

In 2020, Australia was the ninth largest source of FDI in the United States. Australian FDI supported 88,400 jobs in the United States in 2019 with $193 million being invested in research and development, and $3.5 billion going to expanding U.S. exports. The top industry sectors that were recipients of Australian FDI were software and information technology (IT) services, health care, business services, communications, financial services, and industrial equipment. (SelectUSA)

In 2021, Australia was the 14th largest importer of California goods and services. California exported approximately $3.53 billion to the country, making it the largest exporter to Australia.

The largest export category from California was computers and electronic products, making up 20% of the total, followed by transportation equipment with 16.5% of the total. Other top export categories include chemicals and miscellaneous manufactures, totaling 12% and 10.2%, respectively.

Imports to California from Australia totaled $2.3 billion in 2021, making it also the largest importing state from Australia. Top imports were processed foods at $880 million and 38%, followed by primary metal manufacturers at $280 million and 12.1%.

In 2021, Australia was the 14th largest source of FDI through foreign-owned enterprises (FOEs) in California. Australian FOEs in California provided 11,632 jobs through 417 firms, amounting to $1.28 billion in wages.

The United States and Australia entered into a free trade agreement which came into effect on January 1, 2005. The agreement eliminated tariffs on 99% of U.S. manufactured goods exported to Australia, which accounted for 93% of all U.S. exports to the nation.