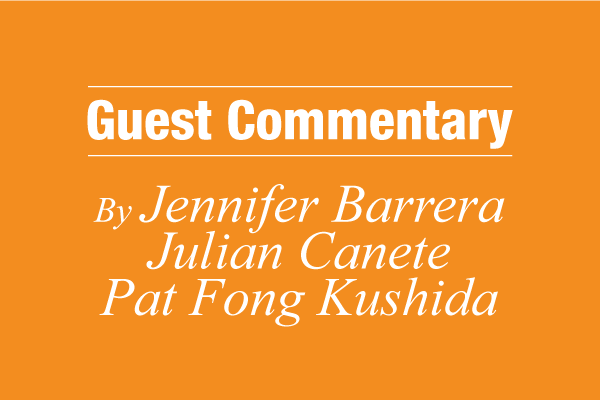 The issue of “wage theft” has recently gotten some renewed attention in the news. Unfortunately, reporting on this issue often results in creating an inaccurate perception that a large number of California businesses are intentionally defrauding their workers.

This isn’t true and the record needs to be set straight. The overwhelming majority of California employers pay their workers timely and fairly under a mountain of complex and ever-growing employment laws that are often unique to our state.

First, there is no defense for anyone who intentionally steals wages. However, there is a big difference between a good faith error to comply with a labor law and intentionally paying less than minimum wage or forcing workers to work off the clock.

Recent reports on the issue of wage theft lumped unintentional errors by employers together with intentional thefts under a blanket category of “wage theft.” Even so, the reality is that the amount of money reported to fall into the overbroad “stolen” categories accounts for only twenty-five thousandths of one percent of all wages in the state.

And, if the term “wage theft” was actually narrowed to when an employer intentionally withholds wages, if would be even less.

It is important to point out just how difficult it is for many employers — especially small businesses and start-ups — to decipher and untangle California’s complex labor laws, which are the most onerous in the nation.

Enforcement agencies provide little outreach, interpretation, or education. One small business owner recently asked why businesses ever start here. Do they know what they are getting into? It is nearly impossible to figure out all the things you have to do as a business owner to comply with California’s exhaustive employment laws.

Staying current and compliant becomes a real problem for many of California’s amazing small business entrepreneurs whose primary language is not English. Imagine a business owner who speaks Tagalog trying to follow AB 5, including the approximately 100 exemptions and different court decisions that change the interpretation of the law and apply it retroactively.

There is no labor commissioner guidance or FAQs in languages other than English. Not surprisingly, these first-time business owners are often in the industries that have the highest number of compliance difficulties.

There is no dispute about the need to weed out and penalize bad-actor employers. We need effective state enforcement.

But it is also critical to remember that the vast majority of California companies work very hard at staying compliant. These employers join chambers of commerce, for example, to ensure that they understand the rules.

On a broader scale, the value of California’s employers cannot be overstated. Private sector businesses are responsible for creating the revenue and jobs that not only fund public sector activities like education and health care for the underserved, but they sustain the fabric of our communities and support our way of life.

A recent report claimed that $300 million a year of wages is “stolen” from California’s workers. To be clear, that is $300 million too much.

But rather than adding more twists and turns to the already-confusing maze of California employment laws and regulations in an attempt to address the problem, policy makers should focus on efforts to crack down on enforcement for intentional thefts.

Wage theft does not define California’s private sector or its employers. Lawmakers should be looking for every opportunity to support law-abiding California businesses so the jobs they create and the opportunities they provide stay here.

For the first time, the Labor Commissioner has held a general contractor responsible for wage theft by its subcontractor by issuing citations under AB 1897 (Section 2810.3 of the Labor Code), which took effect...

The 2015 legislative year was very active in the labor and employment policy arena. Overall, the California Chamber of Commerce was very successful with bills that we supported, bills that we negotiated amendments to...