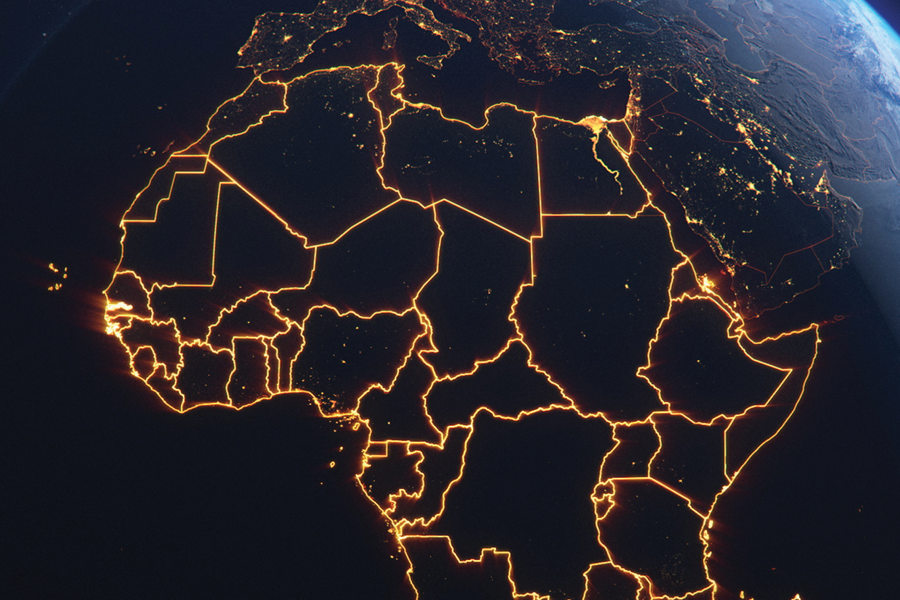 The Biden administration has released the new U.S. Strategy Toward Sub-Saharan Africa, which outlines the administration’s vision for a “21st Century U.S.-African Partnership.”

The strategy, released on August 8, notes the opportunities that the sub-Saharan region presents as it has one of the world’s fastest growing populations, largest free trade areas, most diverse ecosystems, and is one of the largest regional voting groups in the United Nations.

The new strategy represents a reframing of Africa’s importance to U.S. national security interests and will pursue four main objectives summarized below.

• Foster openness and open societies: The United States will promote government transparency and accountability within the region; increase focus on rule of law, justice and dignity; and assist African countries to transparently leverage their natural resources for sustainable development. Sub-Saharan Africa is home to 30% of the world’s critical minerals.

Ensuring the region remains open and accessible to all will attract greater U.S. trade and investment and counter harmful activities by China, Russia, and other foreign interests.

• Advance pandemic recovery and economic opportunity: The United States will prioritize policies and programs to help end the acute phase of the COVID-19 pandemic in the region and build preparedness for the next health threat by supporting the manufacturing of vaccines and other countermeasures.

The United States will promote a stronger growth trajectory and debt sustainability though programs such as the Partnership for Global Infrastructure and Investment, Prosper Africa, Power Africa, Feed the Future, and other initiatives. The United States also will partner with African counties to rebuild systems that have been weakened by the pandemic and the war in Ukraine.

• Support conservation, climate adaptation, and a just energy transition: The United States will partner with African stakeholders to conserve, manage, and restore the region’s ecosystem by working to accelerate transitions to clean energy. The United States will support efforts to minimize and adapt to impacts of a changing climate by enhancing community, economic and supply chain resilience. The United States also will pursue public-private partnerships to sustainably develop and secure critical minerals.

In December, President Joe Biden is expected to host the U.S.-Africa Leaders Summit in Washington, D.C., where he will underscore the importance of U.S.-Africa relations.

The summit’s goals include continuing efforts to strengthen ties with African partners as well as collaborating with African counterparts in key areas outlined above in the new strategy.

In 2021, the United States exported $16.54 billion to sub-Saharan Africa. The top export was transportation equipment, making up $2.9 billion of the total, followed by chemicals, non-electrical machinery, used or secondhand merchandise, and processed foods.

Imports from sub-Saharan Africa to the United States totaled $28.26 billion in the same year, $10.55 billion of which was made up of primary metal manufactures. Other top imports included oil and gas, miscellaneous manufactures, agricultural products and apparel and accessories.

In 2021, California exported $705 million to sub-Saharan Africa. The top export was computers and electronic products, making up $165 million of the total, followed by chemicals, transportation equipment, and used or secondhand merchandise.

In the same year, California imported $2.37 billion from sub-Saharan Africa. The top import was $1.17 billion in oil and gas, followed by imports of transportation equipment, miscellaneous manufactures, agricultural products, and primary metal manufactures.

California is within the top five importing and exporting states to the region.

The California Chamber of Commerce believes that it is in the mutual economic interest of the United States and sub-Saharan Africa to promote stable and sustainable economic growth and development in sub-Saharan Africa and that this growth depends in large measure upon the development of a receptive environment for trade and investment.

The CalChamber is supportive of the United States seeking to facilitate market-led economic growth in, and thereby the social and economic development of, the countries of sub-Saharan Africa.

In particular, the CalChamber is supportive of the United States seeking to assist sub-Saharan African countries, and the private sector in those countries, to achieve economic self-reliance.

The World Trade Organization (WTO) announced on February 15 that Ngozi Okonjo-Iweala of Nigeria will be Director General. She will be the first woman and African Director General in the nearly 75-year history of...