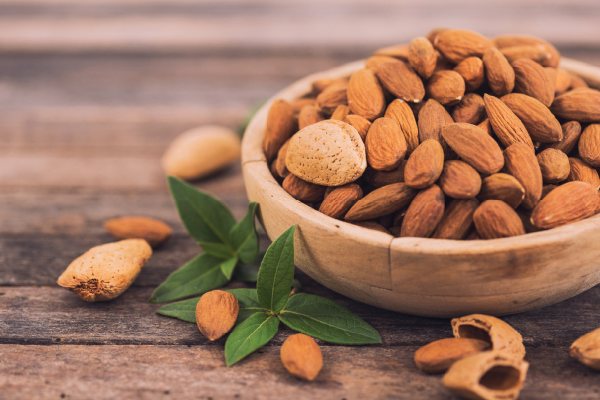 As a major component of California’s fifth largest export category, agricultural products, California almonds have been a mainstay of the state’s economic vitality for decades.

The $175.12 billion worth of goods California exported to the world in 2021 accounted for almost 10% of total U.S. exports, making it a top exporting state in the nation. California’s top five exports, in order, were made up of computer and electronic products, non-electrical machinery, chemicals, transportation, and agricultural products.

Agricultural product exports totaled $14.17 billion in 2021, making up 8% of total exports. Of that, $10.56 billion was attributed to fruits and tree nuts. California almonds fall into this category, and in 2019 were the single largest agricultural export from California totaling $4.9 billion. California is the sole producer of almonds in the nation, but, more impressively, California almonds make up 77% of total global production of the crop. (California Department of Food and Agriculture)

According to a 2020 U.S. Business Roundtable report, California has nearly 5 million jobs that relied on international trade in 2018 (latest data available). That translates to almost 1 in 4 jobs in the state being supported by exports and imports. California exports are tied directly to more than 1 million high-paying jobs for Californians. Trade with California’s top trading partners each contribute thousands of jobs in the state.

As California is the fifth largest economy in the world, with a gross state product of more than $3.1 trillion in 2020, trading $645.87 billion worth of goods with 226 foreign economies, international trade and investment are an important part of the state’s economic engine that broadly benefits businesses, communities, consumers, and state and local governments.