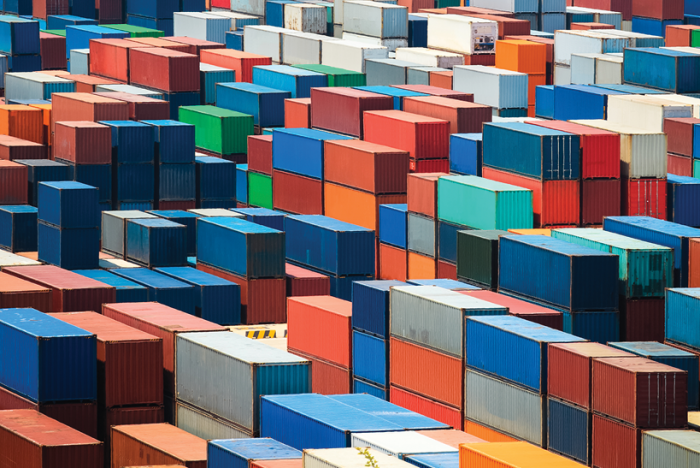 The commissioner of the Federal Maritime Commission, Carl Bentzel, joined the California Chamber of Commerce on October 5 to discuss the state of U.S. ports and short- and long-term challenges in the shipping industry.

The discussion was part of a virtual international forum moderated by Council on International Trade Chair Stuart Woolf. Woolf is president and CEO of Woolf Farming & Processing, and serves on the CalChamber Board.

Bentzel serves on the five-member Federal Maritime Commission with a term expiring in 2024. Prior to this position, the Commissioner served as vice president of a full-scale public relations firm, the DCI Group.

Bentzel begins the forum by giving viewers a background overview of the Federal Maritime Commission (FMC), which is an independent and non-partisan federal agency responsible for the regulation of ocean-borne international transportation of the United States.

The shipping challenges the nation is currently experiencing are, he says, “the largest meltdown since World War II.” It is the first time since WWII that cargo shipments are not getting into the U.S. at a time when people want shipments.

There are two primary factors behind this meltdown. The first reason is the dislocation of products and closures brought about by the COVID-19 pandemic. In California alone, cargo decreased by 20%–30% for a three-month period. The second factor is the resumption of activity after the COVID-19 closures, which led to an almost 30% surge in cargo. So, the industry quickly saw a swing of 60% in volume, he explains.

U.S. ports, especially in Los Angeles, were ill-suited for this surge and ran out of containers and berth space for unloading cargos, leading to a backup of vessels in harbors. These problems were further exacerbated by issues related to the COVID-19 pandemic in the Suez Canal and then China, and now in Vietnamese ports, Bentzel says.

The congestion is now bleeding into rail terminals in the U.S., as there simply are not enough intermodal rail cars to provide service. There is simply not enough equipment to handle what is being transported, he says.

The backups are also threatening supplies due to the “just in time” delivery mode by which many manufacturers operate. The situation is so dire that Bentzel worries that essential supplies and products, like medical supplies, car parts and water purification equipment, will not get to where they’re needed.

In spite of the congestion and inland backups — for example, currently 60 vessels are waiting offshore, and 30 are waiting onshore for space at Los Angeles ports — companies are still making record profits. In the year before the pandemic, the industry saw $1 billion in profit, while the first two quarters of this year brought in $54.9 billion in profit.

The price of containers has increased by 300%, going from $2,000 at the start of the pandemic to $6,000 now. Profits are being made throughout the system and it’s contributing to inflation, he says.

The FMC works very hard to detect cases of unfair practices and has implemented audits to look at all the major ocean carriers, Bentzel says. The process has been challenging because while the commission has received a few formal complaints, the commission must conduct independent investigations and gather its own set of facts when no complaints are filed, a process that is very labor-intensive and burdens the agency.

The agency has also: announced a Notice of Proposed Rulemaking (NPRM) on detention and demurrage to get further clarification on what requirements are mandated for the fair imposition of penalties for detention and demurrage; formed a shipping advisory committee to receive recommendations from importers and exporters; and is in talks with Congress over potential legislation that will make changes to laws affecting the shipping industry.

In closing his remarks, Bentzel points out that the problems we are seeing in the shipping industry are not just a U.S. problem; they are a global problem as well. He predicts that it will take a year-and-a-half before the ports see congestion alleviated as new vessels being ordered come online.

Answers to Questions from Viewers

Bentzel answers that trucking is a huge problem at the moment and that we are also seeing challenges in congestion and the compensation of workers. In the long term, we need to set up a better “mousetrap,” and be able to communicate better by sharing information more fluidly.

For example, it would help to be able to track where chassis are in order to identify which have not been moved in weeks and are therefore available to be used. Better exchange of information with exporters would help them know when they can go to a port and deliver cargo. Overall, there needs to be a better system of coordinating information and interface between shippers, carriers and warehouses.

Another question presented to Bentzel is whether the U.S. is looking to subsidize containers to get more capacity and containers at shipping facilities.

Bentzel says that the FMC is looking primarily at port infrastructure and opportunities for efficiency. The U.S. doesn’t have a major presence in shipping so it cannot contribute to capacity. In shipping, less than 1% of international service is done by U.S. flag carriers. A substantial portion of the world’s fleet is Chinese-owned and 100% of marine and intermodal rail containers are built by three companies in China.

Asked about technology and innovation at ports, Bentzel replies that the use of advanced technology is ad hoc at the moment. In the U.S., there is semi-automation in East Coast ports and it’s still being evaluated at West Coast ports. In some places, automation is not necessary, so it’s mainly the bigger ports in Los Angeles and New York that are looking into it.

Moreover, the main problems we’re seeing are located outside the ports. It’s not that we’re slow from ship to truck, he points out, the problem is getting cargo through the system and finding enough warehouse space.

“It’s set up so that it’s a delicate ballet. If not everything is moving in the right way, at the right time, to the right people, there can be catastrophic…failures that break up everything,” Bentzel says.

The PowerPoint presentation used by the Commissioner during his remarks is available at: https://advocacy.calchamber.com/wp-content/uploads/2021/10/CalChamber-Port-Congestion_InternationalForum-100521.pptx. 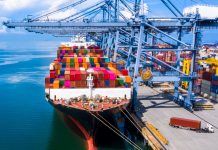 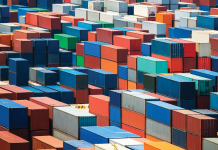