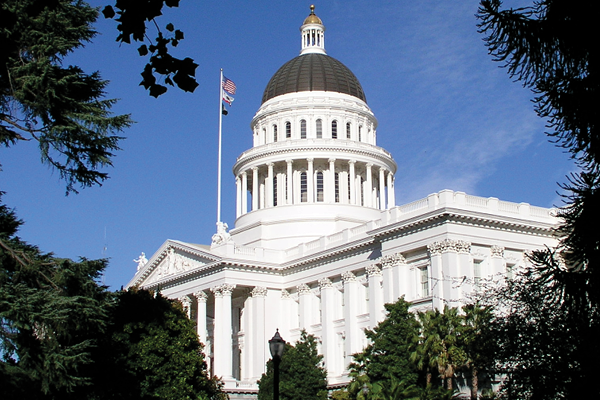 Like the rest of California society, employers are cautiously hopeful the worst of the pandemic has passed. The wreckage of human life, family health, lost learning, small business failure, and faded economic opportunity has affected every resident of the state.

But even as the wreckage clears and the economy stabilizes, California employers face a long-term tax increase through no fault of their own. What’s more, the Legislature can reduce this tax hike, but so far has refused to take any action.

Thousands of businesses, mostly small and public-facing, closed or severely reduced their presence during the pandemic. Millions of Californians lost their jobs — not because of the business cycle or a financial panic, but due to an “Act of God” and the response by state and local officials to close the economy. Unemployment soared, as did benefit payments.

Basic unemployment benefits are paid from the state’s trust fund (UI fund) that is financed exclusively by employer payroll taxes. High unemployment during recessions often exhausts the fund, which is then backfilled by loans from the U.S. Treasury. Those loans must be repaid by higher taxes on employers.

Less than two months into the pandemic-induced recession, California’s UI fund was depleted. As of this June, the loan balance from the federal government stands at $21 billion and is expected to grow to $24 billion by the end of this year. By operation of law, in 2022, payroll taxes on employers will begin to increase by $21 per employee, rising by another $21 every year the fund is insolvent, to a maximum of $420 per employee per year.

While this tax increase is paid by employers, it is essentially a tax on employment. The tax will apply to every retained, rehired or newly employed worker. It is a tax increase on labor — the more workers, the higher an employer’s tax liability. The tax increase will impede our economic recovery and choke off growth of small businesses — especially the hospitality industry, which is heavily reliant on labor and trying to regain what was lost due to the pandemic.

The mandatory economic shutdown was not the only cause of massive benefit payments. Between $1 billion and $2 billion of the UI fund’s debt is attributable to payments made by the Employment Development Department (EDD) for fraudulent unemployment claims. Raising taxes on employers to cover EDD’s mistakes is unconscionable.

While Congress has been generous in providing relief to all manner of individuals, small firms, and government agencies, they likely will not come to the rescue of California’s UI fund. Only 19 states currently have insolvent funds, and most of those have loan balances of less than $1 billion. Many states have used federal rescue dollars to wipe out their UI fund loans.

Which returns us to the Legislature’s inaction.

Governor Gavin Newsom proposed moving $1.1 billion from the General Fund to the UI fund to reduce tax liabilities on employers. This amount is but a fraction of what the state’s contribution should be, given the sheer size of the debt, the relatively low share of responsibility that employers bear in causing this problem, and the enormous budget windfall overflowing the state treasury.

But the Governor’s proposal was positively lavish compared to the budget eventually delivered by legislative leadership to the floor for a final vote, which was … nothing. The Democratic leadership and budget writers earlier considered a small tax credit for a small number of small businesses — but even that inadequate response was relegated to the memory hole. Democratic and Republican legislators who called for helping resolve the UI fund debt were ignored.

The Legislature must do much better. Just in time for the new fiscal year, they sent to the Governor a state budget topping a quarter trillion dollars, larger than the entire economies of Vietnam or the Czech Republic. Little noted: the revenue windfalls driving the record spending were a consequence of highly productive entrepreneurs and employers, who sustained and grew their enterprises during one of the most challenging and traumatizing biomedical, commercial and social catastrophes of the last 75 years.

The Legislature should return to their budget calculators. They should recognize the inequity facing employers and set aside a portion of this windfall to ensure businesses are not saddled with an unfair, escalating tax increase on their workers. 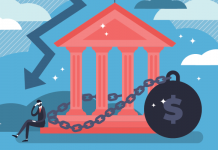 State Must Act Now to Pay Down Unemployment Insurance Debt