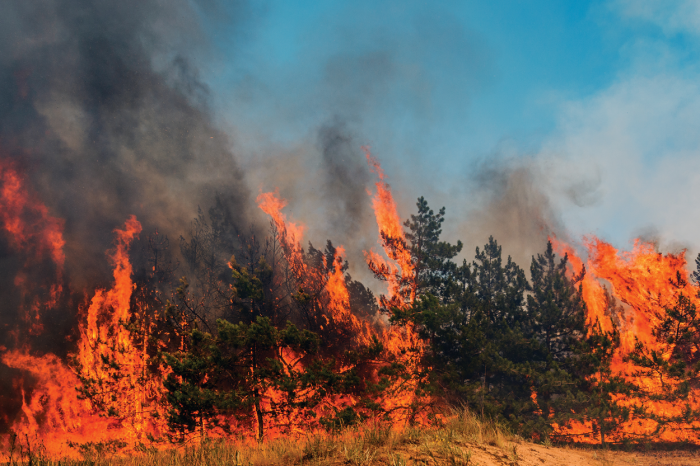 The wildfire season seems endless. It starts earlier in the year and ends later. Practically, it’s morphed into a year-round phenomenon.

The California Department of Forestry and Fire Protection (CALFIRE) already lists 13 wildfire incidents and it is only January of the new year. Winter provided little rainfall, until this week, and the lack of rain and some extremely high wind events exacerbate wildfires.

Periodic wildfires are a part of the natural cycle of forests. They serve to clear out dead or dying trees, diseased trees or plants, and forest debris, allowing younger, healthier trees and shrubs to grow.

However, decades of fire prevention and suppression measures and environmental efforts to preserve forests in what was believed to be a natural state resulted in a scenario of too many trees per acre—many in poor health, too much underbrush and forest floors covered in debris.

Over time, an increasing number of homes and commercial enterprises have been built on the urban fringe interfacing with forestlands and scrublands. Small rural communities exist within forested areas of the state supported by tourism, recreation or the timber industry.

Rapid growth in vineyards and wineries in some counties and the need for more housing spurred corresponding growth in commercial and residential developments on the urban fringe bordering forested lands, which already had many vacation and retirement homes.

All create a perfect setting for catastrophic wildfires that once ignited prove to be difficult to stop.

In acknowledgment of the growing wildfire risk, Governor Gavin Newsom convened a Forest Management Task Force that recently issued a Wildfire and Forest Resilience Action Plan to increase the pace and scale of forest and wildland management plans.

The plan calls for completing projects on 500,000 acres annually by 2025 by expanding the use of prescribed fires as well as increasing fuel breaks around communities, home hardening, defensible space and preparedness planning.

These actions were reflected in the Governor’s proposed budget that allocates $1 billion for forest management:

• $512 million to increase landscape resilience in forests and natural landscapes, including through increased use of prescribed fire and funding for tribes and small landowners.

• $335 million to complete at least 45-60 strategic fuel break projects each year over the next several years and grants to support local wildfire plans and projects.

• $39 million to ensure predictive models and investments in wildfire resilience are based on the best available science.

Also, extended interruptions with ensuing financial losses make it difficult for companies to rebuild their businesses. Forest landowners suffer loss of long-term investments when their trees burn. It takes many years to grow a replacement crop, especially if owners are unable to clear the burned acres in a timely fashion due to strict forestry rules regarding salvage.

The California Chamber of Commerce supports this budget item and hopes the Legislature will also agree with the Governor on the need to provide funding for wildfire prevention. Wildfires are extremely costly in lives, property damage and loss of some of the most beautiful parts of California.