This week, the U.S. Supreme Court issued a long-awaited ruling on whether a person’s sexual orientation or gender identity fall within Title VII of the Civil Rights Act of 1964’s sex discrimination protections.

The Supreme Court ruled on June 15 that any employment decision based, at least in part, on a person’s sexual orientation or gender identity constitutes unlawful discrimination under Title VII.

• A county government employee was fired for conduct unbecoming a county employee after he began participating in a gay recreational softball league;

• A skydiving instructor was fired shortly after a customer complained that the instructor revealed to her that he was gay; and

• A funeral home employee who was hired as a male employee was fired after she informed her employer that she planned to live and work full time as a woman.

After reviewing these actions and reviewing the language of Title VII’s prohibition on sex discrimination, the Supreme Court determined that each of these employment actions was based, at least in part, on the employee’s sex.

For example, an employer tolerates female employees to be attracted to men, but doesn’t tolerate a man’s similar attraction to men. On this basis, the employer is using the employee’s sex (i.e., that he is a man) as part of the decision to terminate his employment.

Similarly with gender identity, an employer tolerates a biological female to identify as a female, but when they don’t tolerate a biological male to engage in the same action of identifying as female, the employer is using the biological male’s sex as part of the decision to terminate the employee’s employment.

For California, this decision changes nothing. California’s Fair Employment and Housing Act (FEHA) already explicitly protects an individual from discriminatory employment decisions based upon their sexual orientation, gender identity and gender expression as protected classes.

However, employers with employees only covered by Title VII should consult with legal counsel to determine how this decision impacts their policies, procedures and decision making moving forward. 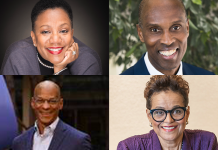 Ageism at Work: Prevent Liability by Focusing on Abilities, Not Age