While still savoring the fact that the U.S. economy is in the midst of a record-breaking expansion, attention has suddenly shifted to questions about when the next recession will begin.

Still, despite the uncertainty that has fueled these concerns, and despite chronic homegrown problems with respect to the labor force and housing, California’s economy has performed solidly through the first half of the year, and will stay on track into 2020. 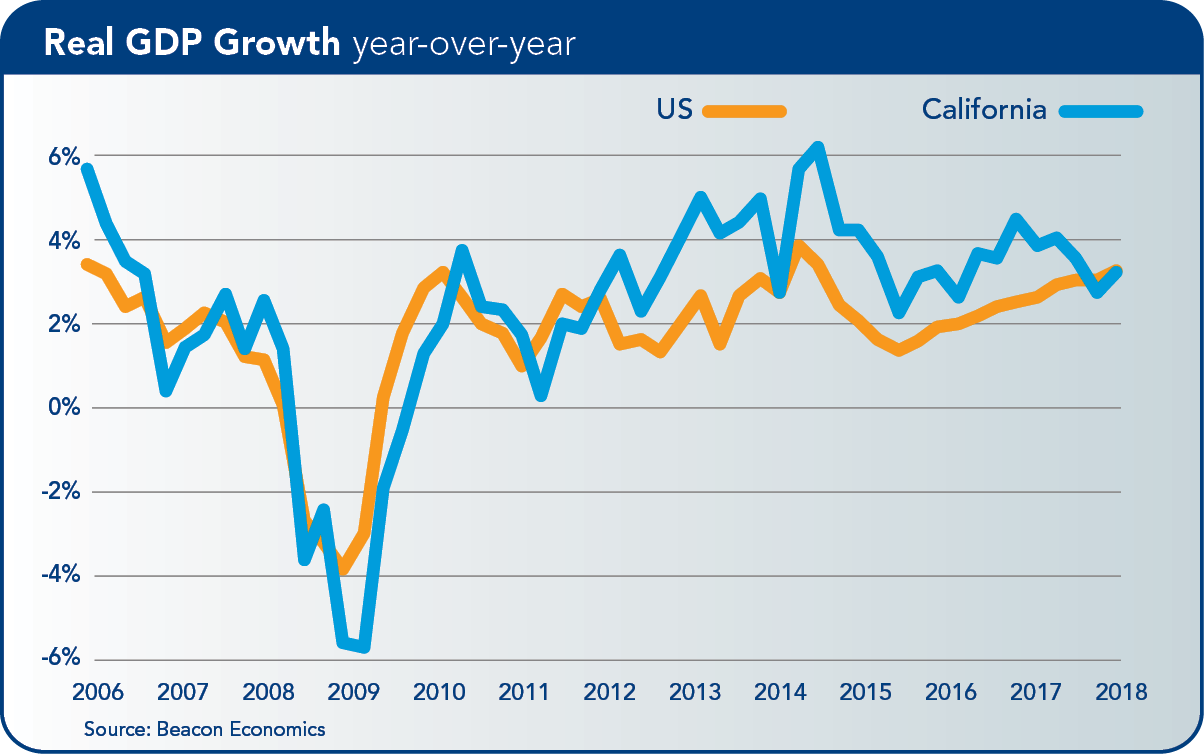 Looking beyond the rhetoric and headline-catching hyperbole, data clearly show a California economy that is humming along. The state’s unemployment rate, having hit a record low of 4.1% in July 2018, has been skating along at that rate, or slightly above, in the months since.

Jobs grew statewide at a year-over-year rate of 1.8% in July 2019, comfortably above the long-run growth rate (since 1991) of 1.2% and a just a hair behind last year’s 1.9% rate of expansion. And with a tight labor market and steady job growth, wages continue to climb.

California added 311,800 jobs year-over-year as of July, and has accounted for 16% of job gains nationally through the first seven months of 2019, essentially unchanged from the previous five years.

Each of these industries is driven by its own dynamic. Health Care has been on a sustained growth path for several years, while the advances in Professional Scientific and Technical Services show the strength of the state’s tech sector. Meanwhile, gains in Leisure and Hospitality employment are a reflection of spending from household and business discretionary income.

Evidence of growth also can be seen early in the year, in real gross state product, which was up 2.7% year-to-year in the first quarter, and in nominal personal income, which advanced by 3.1% over the same period, slightly off the national pace in both cases.

When viewed alongside the 8.1% increase in statewide taxable sales over this same period, it appears that both household and business spending have the wherewithal to fuel continued spending.

All but two metro areas in the state added jobs in yearly terms in July. While every region in California is on track to experience job growth for the year as a whole, performance varies across the state depending on underlying fundamentals and the leading industries in each region: steady tech growth in the Bay Area; the energy sector in Bakersfield; tourism, retail, and professional services in Orange County; and logistics in the Inland Empire.

To be sure, California is not without problems. Retail Trade lost 11,000 jobs year-over-year in July, wage and job gains are stronger in some parts of the state than in others, and the housing market is struggling in many regions.

Median home prices are a mixed bag, up across most of the state, but flat or decreasing in others. Home sales declined steadily last year in response to rising mortgage rates. However, with rates turning down since late 2018, sales improved modestly in the first half of 2019, and sales in the second half of the year should improve over the first.

Meanwhile, rents have continued to rise over the year against a backdrop of stable or declining vacancy rates, and statewide residential construction has declined compared to last year’s levels, making an already-chronic housing shortfall even worse. 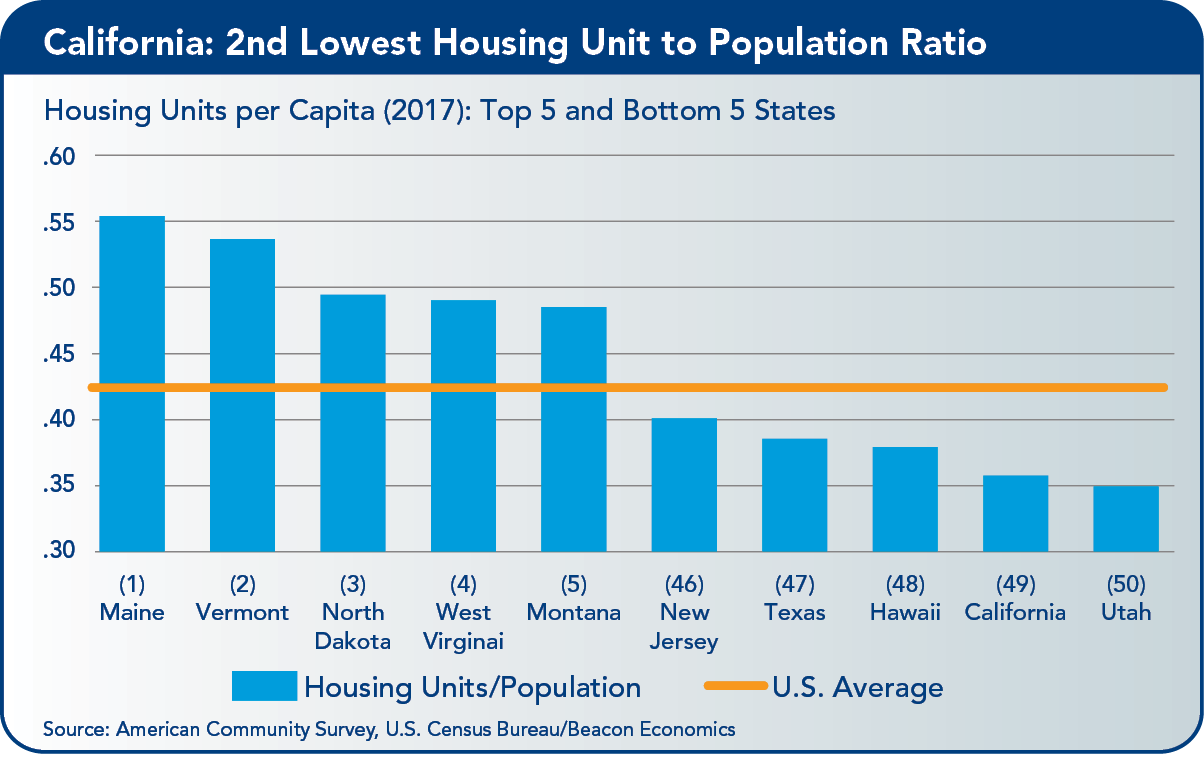 Beginning with withdrawing the United States from the Trans-Pacific Partnership upon entering the White House, the Trump administration has aggressively challenged U.S. trading partners and has sought to reshape U.S. trade policy.

As home to the largest port complex in the Western Hemisphere and significant cross-border and trans-Pacific trade activity, California’s trade-related and trade-dependent industries have a lot at stake.

Partly because of sustained strength in the economies of the United States and its trading partners, but also because of efforts to stay ahead of forthcoming tariffs and trade restrictions, California exports and imports advanced to new record high levels in 2017 and 2018 despite the Trump administration’s machinations. Of course, some industries and commodities experienced declines over this period in contrast to the overall gains.

Shifting to the first half of this year, both California exports and imports are down in year-to-date terms. However, in light of the fact that the state labor market remains tight, that job gains continue on a sustained basis, and that many of the state’s key industries continue to advance, it is clear that the California economy has been bruised, but not broken, by ongoing trade conflicts.

The California Chamber of Commerce Economic Advisory Council, made up of leading economists from the private and public sectors, presents a report each quarter to the CalChamber Board of Directors. The council chair is Christopher Thornberg, Ph.D., founding partner of Beacon Economics, LLC.