“Local and statewide rules can vary significantly, and even between California municipalities,” says Erika Pickles, webinar co-presenter and CalChamber employment law counsel. “This creates a greater compliance challenge if you have employees working in multiple cities with local ordinances.”

Join CalChamber’s employment law experts on Thursday, June 15 for a local look at:

• Interaction between state and local laws;

CalChamber hosts for the live webinar include: 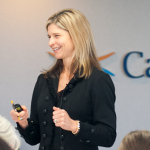 • Erika Frank, executive vice president, legal affairs, and general counsel. She joined CalChamber in April 2004 as a policy advocate and general counsel, leveraging her 10 years of legal, governmental and legislative experience. Named vice president of legal affairs in 2009 and executive vice president at the start of 2017, she is CalChamber’s subject matter expert on California and federal employment law. Frank oversees and contributes to CalChamber labor law and human resources compliance publications; co-produces and presents webinars and seminars; and heads the Labor Law Helpline. J.D., McGeorge School of Law. 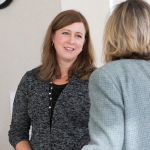 For more information or to register for this live webinar, call (800) 331-8877 or visit www.calchamberstore.com.

As we move into the latter half of 2022, California employment law continues to move along — and employers should make sure they’re complying with the new regulations, court rulings, local ordinances and other...

Since the beginning of the year, local jurisdictions that adopted their own COVID-19 sick leave ordinances in 2020 have been updating and revising their requirements. The HRWatchdog blog, presented by CalChamber, has the details. Below...