Governor’s May Budget Revise Continues to Hold Line on Spending 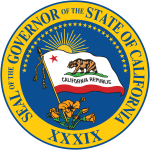 Last week, Governor Edmund G. Brown Jr. released a revised budget plan for 2017–18 that continues to restrain new spending. The Governor warned that the economic recovery won’t last and that uncertainty in Washington adds to the unpredictability of California’s budget outlook.

The Governor’s May budget revision forecasts a smaller revenue increase than in January ($3.3 billion now compared to $5.8 billion in January), based mainly on higher capital gains.

According to the Governor’s news release, the state’s Rainy Day Fund will end the 2017–18 fiscal year with a balance of $8.5 billion, 66% of the constitutional target of 10% of tax revenues.

By the time the budget is enacted in June, the release points out, the California economy will have completed its eighth year of expansion, two years less than the longest recovery since World War II.

Other changed budget items highlighted in the Governor’s news release include:

• More Funding for Schools: Due to the slightly improved fiscal outlook, the May budget increases funding for K–12 schools by about $4,058 per student over 2011–12 levels.

• Reducing Pension Liabilities: The Governor proposes a $6 billion supplemental payment to the California Public Employees Retirement System (CalPERS) with funds borrowed from the Surplus Money Investment Fund, part of the state’s short-term savings account. The payment is estimated to save the state $11 billion over the next two decades while continuing to reduce unfunded liabilities and stabilizing state contribution rates.

• Transportation System Funding: The May revise reflects the first $2.8 billion in new funding from the $54 billion transportation package adopted earlier this spring, plus enhanced oversight of the California Department of Transportation.

• Restored Child Care Funding: Instead of the one-year delay in providing rate increases to child care providers as proposed in January, the May revise proposes restoring the funding and maintaining the $500 million child care package from the 2016 budget.

The nonpartisan Legislative Analyst’s Office (LAO) reported its estimates of state General Fund revenues and transfers are just slightly above the administration’s—close to $900 million over three fiscal years. The difference, the LAO said, is due to its higher estimates of personal income tax and sales-and-use tax revenues, offset by lower estimates of corporation tax revenue.

The LAO said the Governor’s proposal for the additional CalPERS payment is a “very new idea” that “has promise,” but suggested the Legislature wait to finalize the plan until later in the legislative session to allow time to make sure the plan works and fully maximizes its potential benefit for the state.

The LAO also pointed to the state budget impacts from continued uncertainty at the federal level. For example, changes to federal tax policy could have some near-term benefit or costs to state tax revenues and taxpayers, perhaps even requiring new state tax legislation to conform.

Other repercussions cited by the LAO include federal policy changes that could affect the economy, reduce federal funding or substantially increase state costs in the future. “Changes to the federal health care programs, in particular, could have significant implications for the state budget,” the LAO commented.

The LAO recommended that the Legislature set reserve levels at or above the Governor’s proposal, noting that the $10.1 billion in total reserves estimated for the end of 2017–18 will be a “key tool” for the Legislature in preparing for the next economic downturn and federal actions that could significantly affect the bottom line of the state budget in future.

Details on the Governor’s May budget proposal are available at www.ebudget.ca.gov.

The LAO’s budget analysis can be viewed at www.lao.ca.gov.

The strong economic performance by key California industry sectors and entrepreneurs was reflected last week in the upward revision of the state’s general revenues in Governor Gavin Newsom’s May budget plan. The increase — $55...

Governor Gavin Newsom announced a plan on May 12 to boost spending on California public schools by $20 billion, including creating universal pre-kindergarten and college savings accounts for children from low-income homes. Described by the...