“Our transportation infrastructure is critical to California’s economy,” said Zaremberg. “The California Chamber of Commerce supports new revenue to repair and maintain our roads and bridges and to reduce traffic congestion. Every day, California drivers spend too many hours in choking traffic on deteriorating roads, while businesses face increased costs and falling productivity from congested highways.

“Raising additional revenues for transportation will not be an easy vote when the time comes, but doing nothing will only ensure deterioration in the system necessary to move people and goods. We look forward to our partnership with the Governor and the Legislature on this important issue as we work toward a comprehensive solution.”

According to the Governor’s news release, the $5 billion-a-year program will cost most drivers less than $10 a month and comes with strict new accountability provisions to ensure funds can be spent only on transportation.

In addition, the Governor’s news release provided the following information:

California has not increased the gas tax in 23 years. Since then, California’s population has grown by 8 million, with millions more cars and trucks on state roads. Californians also drive more than 350 billion miles a year—more than any other state—yet road and transit investments have not kept pace with this growth.

Each California driver spends approximately $700 per year in extra vehicle repairs caused by rough roads. If California does not make investments to fix the roads now, it will cost eight times more to replace later.

The legislation, the Road Repair and Accountability Act of 2017, SB 1 (Beall; D-San Jose), invests $52.4 billion over the next decade, split equally between state and local investments:

• $2 billion to support local “self-help” communities that are making their own investments in transportation improvements;

• $1 billion to improve infrastructure that promotes walking and bicycling;

• $4 billion in bridge and culvert repairs;

• $1.4 billion in other transportation investments, including $275 million for highway and intercity-transit improvements.

• Constitutional amendment to prohibit spending the funds on anything but transportation.

• Provision that empowers the California Transportation Commission to hold state and local government accountable for making the transportation improvements they commit to delivering.

• Authorization for the California Transportation Commission to review and allocate Caltrans funding and staffing for highway maintenance to ensure those levels are reasonable and responsible.

• Authorization for Caltrans to complete earlier mitigation of environmental impacts from construction, a policy that will reduce costs and delays while protecting natural resources.

Guided by the principles set forth by President Ronald Reagan when he increased the federal gas tax in 1982, this transportation investment package is funded by everyone who uses state roads and highways:

• $16.3 billion from an annual transportation improvement fee based on a vehicle’s value;

Leadership in both the Senate and the Assembly expect the measure to be voted on by Thursday, April 6, according to the Governor’s news release. 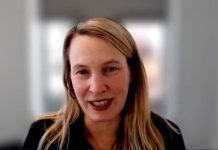 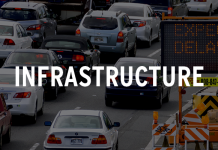