Proposition 64 Stays Out of the Workplace

On November 8, California joined several other states in legalizing recreational use of marijuana by adults.

Proposition 64, also known as the Adult Use of Marijuana Act, legalizes the recreational use of marijuana for adults 21 years old and over, imposes a 15% excise tax on marijuana sales and establishes a regulatory framework for the sale of marijuana.

The provisions related to legalizing marijuana and workplace protections took effect November 9, the day after the election.

Legalization of marijuana for recreational purposes will be a significant change to current law. Even with the passage of Proposition 64, however, several things will not change.

But what about smoking weed at work? When it comes to the workplace, California employers can take a deep breath of fresh air, because Proposition 64 intends to maintain the status quo for employers seeking to maintain a drug- and alcohol-free workplace.

In other words, employer policies related to drug possession, use and impairment as well as testing should not be compromised with the legalization of marijuana use under Proposition 64.

Legalizing marijuana at the ballot box is not new in California. In fact, this was the third time legalization of marijuana was before California voters.

The first time was 10 years ago when voters enacted the Compassionate Use Act of 1996, which allowed for the medicinal use of prescription marijuana, but did not allow for recreational use.

In an effort to extend legalization to recreational use, Proposition 19 went before the voters in 2010. However, Proposition 19 failed to pass by a vote of 46.5% to 53.5%. The California Chamber of Commerce opposed Proposition 19 because it provided protections to employees who used marijuana and prohibited employers from maintaining a drug-free workplace.

However, the same is not true with Proposition 64—workplace protections are intended to remain.

With the passage of Proposition 64, adult recreational use of marijuana will be permitted, but such use will stop short at the workplace. Proposition 64 states explicitly that it is intended to “allow public and private employers to enact and enforce workplace policies pertaining to marijuana.”

The initiative also provides that it will not be construed or interpreted to amend, repeal, affect, restrict or pre-empt:

“The rights and obligations of public and private employers to maintain a drug and alcohol free workplace or require an employer to permit or accommodate the use, consumption, possession, transfer, display, transportation, sale or growth of marijuana in the workplace, or affect the ability of employers to have policies prohibiting the use of marijuana by employees and prospective employees, or prevent employers from complying with state or federal law.” (Section 11362.45 (f))

These provisions set Proposition 64 apart from the failed 2010 initiative, which did not protect employer policies concerning the use of marijuana in the workplace. Moreover, these provisions demonstrate that the intent of the initiative is not to disrupt the status quo concerning workplace safety and drug prevention.

California employers are accustomed to variations between federal and state law. The same will be true with the legalization of recreational marijuana.

Although the enactment of Proposition 64 will legalize recreational use of marijuana in California, marijuana still will remain an illegal Schedule I substance under the federal Controlled Substances Act. Therefore, even with the passage of Proposition 64, employers may continue to prohibit use, possession and impairment at work, as well as continue to test for use when appropriate.

Finally, both state and federal law impose strict drug testing and other related requirements on employers and operators engaged in commercial transportation. As such, employers must continue to comply with these drug-free workplace laws.

California employers may conduct pre-employment drug testing of all applicants before hire and deny employment if the drug test comes back positive, even if the applicant was legally using marijuana under the state’s Compassionate Use Act, as affirmed by California’s high court in the 2008 decision of Ross v. RagingWire, 42 Cal. 4th 920 (2008). Proposition 64 does not intend to interfere with these workplace policies or practices.

Employers should use this time to review existing policies and remind employees not only about the company’s drug-free workplace policy and practices, but also specify that marijuana is also prohibited.

Employees also should be reminded that impairment on the job will not be tolerated, even if impairment was due to a morning smoke before leaving the house for work.

When reviewing existing policies or creating new ones, make sure your policy clearly states the company’s position on drugs in the workplace, including marijuana.

In addition, if you conduct pre-employment drug testing, inform all applicants of this policy and clarify that they will also be tested for marijuana use.

Finally, once your policy is reviewed and distributed, be sure to follow the policy and steer clear of any exceptions because making an exception for one person could undermine the policy and set your company up for future litigation.

A few other things to consider when developing a drug-free workplace policy:

• Establish a policy banning the use, possession or sale of drugs in the workplace and on company property as well as being under the influence of an illegal or controlled substance, including alcohol and marijuana, while on the job.

• Train all supervisors about the company’s drug-free workplace policy, emphasizing the seriousness and importance of the policy.

• Train your supervisors to identify signs of drug or alcohol use.

For more information see the Drugs and Alcohol section in the HR Library on HRCalifornia. In addition, CalChamber’s Employee Handbook Creator contains a Drug and Alcohol Abuse policy. 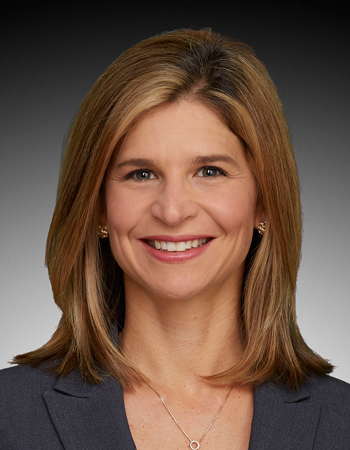