New Laws to Expand Ban on Smoking in Workplace in June 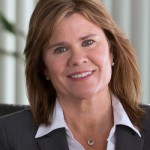 What is the law in California about smoking in the workplace?

California employers may not knowingly or intentionally permit the smoking of tobacco products at a place of employment or in an enclosed space. This prohibition includes permitting nonemployees to smoke in an enclosed workplace.

When the smoking in the workplace ban was first enacted, there were exemptions in place for certain employers and specified working environments.

Legislation signed by the Governor this month will change some of the workplace rules relating to smoking in the workplace and eliminate most of these specific exemptions. The amendments take effect beginning June 9, 2016.

The new law expands smoke-free workplace protections by getting rid of most of the existing exemptions that allow smoking in certain work environments.

The new law also eliminates the exception for small businesses with a total of five or fewer employees. These small businesses currently can allow smoking in enclosed areas if certain conditions are met, such as not allowing minors in the space and having proper ventilation; this practice is no longer allowed beginning June 9.

The recent amendments further expand the workplace smoking ban by:

• Removing many of the exemptions for specific work environments, such as bars and taverns, hotel lobbies, banquet rooms and warehouse facilities A few limited exceptions to the ban on workplace smoking will still remain.

The legislation also raises the legal minimum smoking age from 18 to 21, except for active military personnel.

The new legislation also treats the use of e-cigarettes and vaping devices that contain nicotine as “smoking”—thus extending existing workplace smoking bans to cover such products.

With the new legislation going into effect on June 9, employers will want to examine their policies and practices to ensure compliance.

Smelly Smoker Can Be Cause for Discipline, But Remember Other Rights

Our employee is a smoker and comes in from breaks reeking of cigarette smoke. What can I do? Also, can I ask applicants if they smoke to avoid this problem in the future? First, an...