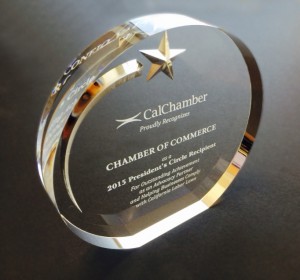 The California Chamber of Commerce has named 22 local chambers of commerce to receive the 2016 President’s Circle Award.

Representatives of the President’s Circle chambers will be honored at the CalChamber Capitol Summit on May 17 in Sacramento.

Seven of the chambers have received the award all eight years it has been presented.

The 2016 recipients of the President’s Circle award are as follows. Eight-year recipients are marked with an *:

• The Chamber of the Santa Barbara Region: Ken Oplinger, president/CEO;

President’s Circle award recipients published vote records of their state legislators on key business issues, generated letters to state elected officials on issues of interest to members and participated in the CalChamber compliance product resale program at an exemplary level. 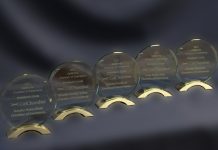