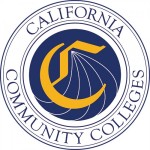 A community college task force will present its final proposals on how to prepare California’s workforce for high-value jobs to the California Community Colleges Board of Governors in September.

Colleges Are at the Forefront

The task force, which is comprised of leaders from public, private and nonprofit sectors, has identified ways that California’s community colleges can match workers with the credentials and skills that employers actually need.

“There are a lot of jobs out there that need to be filled that don’t necessarily require a four-year degree and the community colleges are at the forefront to educate and prepare a workforce for those jobs,” Allan Zaremberg, president and CEO of the California Chamber of Commerce and task force member, said. “That’s a need that hasn’t been met and I think this task force has taken the first step to ensure that we fill that void.”

If approved, the work to implement changes could begin as early as January 2016.

In regions across California, employers in key industries require workforce skills and aptitudes that are in short supply, according to a task force white paper. Companies today invest about half as much in training as they did a decade ago, and by 2025, it has been estimated that California will be short 1 million middle-skill jobs. By 2020, more than 30% of the workforce will need to have some form of post-secondary education.

In response to these and other trends, the California Community Colleges Board of Governors commissioned the Task Force on Workforce, Job Creation, and a Strong Economy in 2014 to identify ways for the state to meet industry needs for a skilled workforce, support small business development, and attract jobs from around the country and the world.

The task force’s recommendations also will be presented at two public town hall meetings in San Francisco and Los Angeles next week.

For more information on the task force, events and updates, visit doingwhatmatters.cccco.edu/StrongWorkforce.aspx.

Three bills identified by the California Chamber of Commerce as job creators passed the Legislature this year and await action by the Governor. The CalChamber has asked the Governor to sign the following bills. •...