Following are brief summaries of the measures that will appear on the November General Election ballot. When the California Chamber of Commerce has taken a position, the reasons for that position are summarized.

The CalChamber encourages employers to share this information with their employees. Businesses are within their rights to do so—just remember: NO PAYCHECK STUFFERS, no coercion, no rewarding or punishing employees (or threatening to do so) for their political activities or beliefs.

For more information on the ballot measures, see the links listed below or visit the website of the secretary of state at www.sos.ca.gov.

The Water Quality, Supply and Infrastructure Improvement Act of 2014.

California is in a severe, multi-year drought and has an aging water infrastructure. Proposition 1 creates a comprehensive state water plan that ensures a reliable water supply for farms and businesses during severe drought, protecting both the economy and the environment.

Proposition 1 provides monies to clean contaminated groundwater which serves as a critical buffer against drought by providing additional water in years when there is not enough rainfall or snow. Proposition 1 also expands water recycling and efficiency improvements making the best use of the state’s existing supplies. In addition, the measure provides funding for clean drinking water in communities where water is contaminated.

Proposition 1 invests in new water storage by increasing the amount of water that can be stored during wet years for the dry years that will continue to challenge California. The $7.5 billion bond plan includes $2.7 billion for water storage projects.

The measure will help protect California’s rivers, lakes and streams from pollution and contamination and provides for the restoration of our fish and wildlife resources.

Proposition 2 amends the State Constitution to strengthen the requirement for a budget reserve and to pay down budget-related debt. Proposition 2 would increase the size of the state’s “rainy day” reserve from $8 billion to $11 billion, and would require minimum annual contributions into that reserve of $800 million—and even more if capital gains revenues to the treasury are strong. The measure would also require that extra revenues be devoted in part to reducing budget debt, repaying funds borrowed from local school districts, or used for investment in new infrastructure or reducing long-term pension liabilities.

Placed on the ballot with bipartisan support, Proposition 2 forces the state to save money and requires politicians to live within their means and protect against unnecessary tax increases. In good times, money will be placed in a constitutionally protected reserve and used to pay down debt. In bad times, the Rainy Day Fund can be used to protect schools, public safety and other vital services.

Proposition 2 prevents the state from spending more than it can afford. Only three years ago, California faced a $26 billion budget deficit that required the Legislature to make painful cuts and voters to approve temporary tax increases. Proposition 2 will ensure that California does not repeat this cycle of boom and bust budgeting.

Without a strong Rainy Day Fund and continued fiscal restraint, the state will face future deficits and could be forced to cut funding for schools, public safety and other critical services. That is why every Democrat and Republican in the Legislature voted to support Proposition 2. 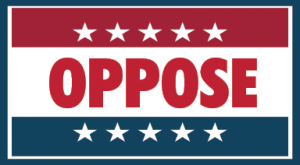 This measure requires the Insurance Commissioner (the Commissioner) to approve rates for all health insurance coverage before it can be sold to consumers.

Proposition 45 gives sweeping control over health care coverage rates to one elected politician—the Commissioner. The measure defines “rate” broadly, meaning the Commissioner would have authority to reject or modify more than just health care premium rates. It could also reject proposed co-payment amounts, deductibles, benefit offerings, and more. Some have argued this could undermine efforts by California’s health exchange, Covered California, to make sure health coverage offered to individuals and small businesses is a good value, not just inexpensive.

Since 2004, the Legislature has tried and failed to pass five different bills that would have created a complete and regulated rate approval process for health insurance and added implementation fees on health insurers to pay for it. While these measures have all failed, the Legislature did approve a proposal in 2011 expanding the state’s ability to review health care rates, and also established Covered California, a commission responsible for negotiating health plan rates on behalf of consumers and rejecting health plans if they’re too expensive.

Proposition 45 would unnecessarily create a new layer of bureaucracy, duplicating work already being done by Covered California and other state agencies, causing costly confusion and adding more red tape to the health care system. The nonpartisan Legislative Analyst’s Office projects the measure could increase state administrative costs tens of millions of dollars per year — costs that ultimately will be paid by consumers.

Rate regulation also fails to take into account the major causes of rising medical care costs. As these underlying costs continue to rise, artificially suppressing premiums could ultimately lead to the need for higher premiums or a reduction in benefits over the long run. Instead of solving the problem of the rising cost of health care, rate regulation will lead to delays and limit choices by creating a costly new system that will slow the process of bringing affordable choices to market for consumers.

Proposition 45 is sponsored by special interest lawyers who included a hidden provision allowing them to charge up to $675/hour and make tens of millions in fees from costly health care lawsuits. The proponents have made more than $14 million off a similar provision in the last ballot measure they bankrolled (Proposition 103 in 1988) — costs that were ultimately paid by consumers.

Sponsored by trial lawyers, the measure seeks to increase the cap on noneconomic damages for medical malpractice lawsuits. Proponents sweetened the measure by also proposing new random drug testing requirements on physicians and requiring health care providers to consult an electronic database regarding patient prescriptions before issuing any new prescriptions.

Proposition 45 would quadruple the limit on medical malpractice awards in California, which will cost consumers and taxpayers hundreds of millions of dollars every year in higher health care costs, and cause many doctors and other medical care professionals to quit their practice or move to other states with lower medical malpractice insurance premiums .

The primary beneficiary of these higher malpractice awards would be the medical malpractice trial bar, which would be incentivized to file more lawsuits and pursue higher damage awards.

The measure also would require alcohol and drug testing of doctors, which was included in this initiative to distract from the main purpose: to quadruple the limit of awards that the state allows for medical malpractice lawsuits.

Far outweighing any benefits are the consequences of Proposition 46: higher costs of health care, higher taxes, lost access to doctors, loss of privacy, and risk that personal prescription drug history will be compromised.

CalChamber is joining the California Police Chiefs Association and the California District Attorneys Association in opposition to Proposition 47. Proponents say that Proposition 47 will generate hundreds of millions of dollars in savings annually for the criminal justice system through the incarceration of fewer nonviolent offenders. In reality, however, Proposition 47 is a dangerous and radical package of ill-conceived policies wrapped in a poorly drafted initiative, which will endanger Californians.

California law gives law enforcement and prosecutors the discretion to charge certain crimes as either a felony or a misdemeanor. These crimes are known as “wobblers.” The sentencing decision on wobblers is left to the court, with the court’s decision generally based on the specific circumstances of the crime and the criminal history of the offender.

Removing this discretion is especially dangerous for California businesses because shoplifting, theft, forgery and fraud—where the value of the stolen goods or forged documents is less than $950—would be misdemeanors.

The language of the measure suggests that even if a person forges multiple documents whose total value exceeds $950, the person could be charged only with a misdemeanor. As a result, reducing penalties for theft, receiving stolen property and forgery could cost businesses and consumers millions of dollars.

San Mateo County District Attorney Steve Wagstaffe put it succinctly when he told the San Jose Mercury News, “Someone can commit petty theft 10,000 times and we’d still have to always charge it as a misdemeanor.”

In addition, Proposition 47 will further burden California’s judicial system, jamming the courts with hearings to provide “Get Out of Prison Free” cards. Although companies may not really think about the role of the courts until embroiled in a dispute, access to the court system is critically important to business operations. Companies large and small need to have disputes resolved quickly so they can get back to doing what they do best—creating and selling products and services. 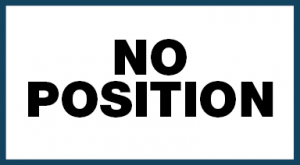 A “yes” vote approves, and a “no” vote rejects, tribal gaming compacts between the state and the North Fork Rancheria of Mono Indians and the Wiyot Tribe. Certain projects related to executing the compacts or amendments to the compacts are omitted from the scope of the California Environmental Quality Act.

Proposition 48 will help create thousands of jobs, generate state and local revenues, respect local control and protect scenic wildlife areas by affirming two compacts negotiated by the Governor and ratified by a bipartisan majority of the Legislature. The compacts allow a single project on Indian land in the Central Valley that will generate business opportunities and economic growth in high unemployment areas. Revenues will be shared with nongaming tribes and tribal self-sufficiency will be promoted while potential development in environmentally sensitive regions will be avoided. Governor Edmund G. Brown Jr. signed the ballot argument in favor of Proposition 48.

Voting no will keep Indian gaming on tribal reservation land only. When Californians approved Indian gaming, they were told a limited number of casinos would be built on the tribes’ original reservation land. Instead, the gaming compact would allow the North Fork Tribe to build an off-reservation, Vegas-style casino more than an hour’s drive from the tribe’s established reservation land, closer to major freeways and Central Valley communities. It would start a wave of casino projects across California.

Following are brief summaries of the five measures that will appear on the June 5 primary election ballot. The reasons for the California Chamber of Commerce positions are summarized. The CalChamber encourages employers to share...