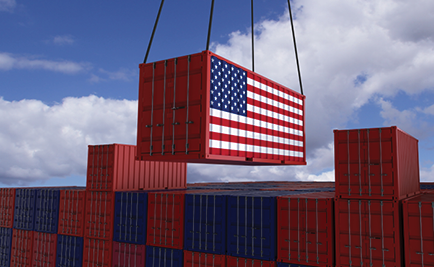 The California Chamber of Commerce is urging the California congressional delegation to reauthorize a U.S. trade program that has saved companies billions of dollars in tariff costs on imported goods.

In a November 14, 2022 letter, the CalChamber joined the Coalition for GSP in asking that renewal of the Generalized System of Preferences (GSP) program be placed on the agenda during the “lame duck” session of Congress.

The CalChamber is calling on Congress to pass a long-term retroactive reauthorization of the GSP program, to refund billions in GSP tariffs paid since the program expired in 2020, and to reauthorize the program for future years.

Because Congress failed to renew the GSP program before it expired on December 31, 2020, U.S. companies will have paid up to $2.6 billion in added tariff costs by the end of this year.

For nearly 50 years, the GSP program has received bipartisan support due to its track record of creating jobs in both developing countries and the United States. The program eliminates import taxes on designated products from 119 emerging economies, opening the U.S. market to qualifying exports.

At the same time, GSP supports U.S. works and manufacturers by reducing costs of imported inputs and equipment and helps American families stretch their paychecks by lowering the costs of consumer goods imported duty-free.

Since the GSP program expired in December 2020 through August 2022, U.S. companies have paid more than $2 billion in extra taxes while also dealing with the effects of the COVID-19 pandemic, high freight costs, and supply chain disruptions in both the United States and beneficiary countries.

These issues have contributed to high and persistent U.S. inflation. At the same time, GSP expiration has hindered U.S. companies’ efforts to diversify suppliers and build more resilient supply chains.

California is one of the top economies in the world with a gross state product of more than $3.357 trillion in 2021. In 2021, California exported $175.12 billion to approximately 226 foreign markets.

Due to the expiration of the GSP program, California companies paid an additional $109 million in tariffs in 2021 — more than double the amount of any other state.

The GSP program was instituted on January 1, 1976, by the Trade Act of 1974 and was designed to promote economic growth in the developing world by providing preferential duty-free entry for products from designated beneficiary countries and territories.

GSP is an important tool for boosting economic growth and job creation. Many U.S. companies source raw materials and other inputs from GSP countries, and the duty-free treatment of these imports reduces production costs for these U.S. manufacturers, making them more competitive.