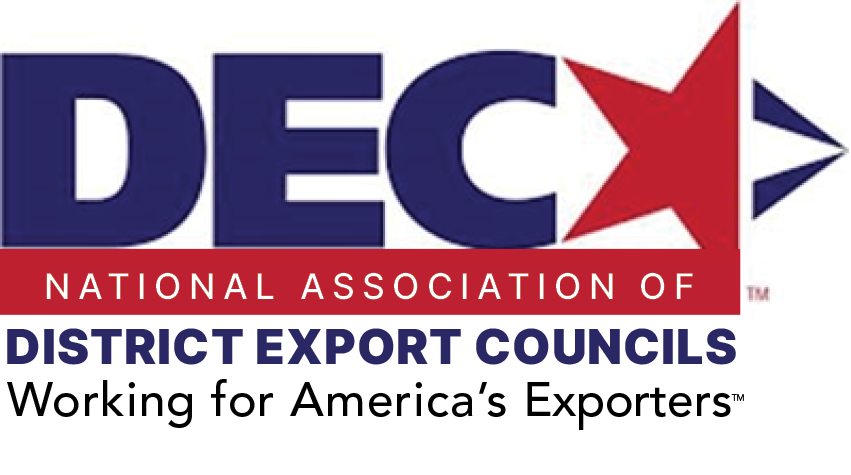 The California Chamber of Commerce recently joined nearly 150 trade specialists from across the nation for sessions focused on trade issues at the National Association of District Export Councils (NADEC) annual two-day event in Washington, D.C.

The NADEC is made up of the 60 regional district export councils. The more than 1,500 DEC members around the country all are appointed by the Secretary of the U.S. Department of Commerce. The mission of the DECs is to work with the Commerce Department on export promotion and commercial diplomacy.

Attending the conference from California were members of the NorCal DEC, the SoCAL DEC, the San Diego and Imperial DEC, and the Inland Empire DEC.

An opening day session focused on the causes, effects and solutions to the port crisis in America.

This discussion was moderated by John Saylor of the Virginia/DC District Export Council (DEC) and director of the international trade group at Commonwealth Trading Partners, Inc. Speakers included Christopher Connor, CEO of the American Association of Port Authorities; Jay Schuler, founder of Richland IFC and chair of the North Dakota DEC; Yevgeniy Epshteyn, president of Nova Shipping and member of the East Michigan DEC.

The group discussed the importance of the nation’s ports as geopolitical strategic assets, as the ports create $5.4 trillion in revenue annually amounting to 26% of the nation’s gross domestic product (GDP).

It was noted, however, that 50% of containers on ships are currently empty, which is contributing to the backlogs causing the supply chain crisis. The Federal Maritime Commission, tasked with setting regulations for the nation’s ports, has only a $30 million annual budget to police a multitrillion-dollar-a-year industry. One speaker equated it to a small-town police force policing New York City.

Solutions discussed that could help ease the port congestion include:

• Data sharing throughout the supply chain. When cargo gets handed off from one stakeholder to the next, the data for that cargo often falls into a “black hole.”

• Expedite the hiring process; there are not multiple months available to re-hire employees when goods need to be moved immediately.

• Given that China builds and owns many of the world’s containers, the U.S. needs to build its own containers as a matter of national security.

South American trade opportunities were featured at a session moderated by Alex Sanchez, president and CEO of the Florida Bankers Association. Featured speakers were Ambassador Alfonso Quiñónez, Ambassador of Guatemala to the U.S.; Max Trujillo, president of MJT Policy; and Mariano Parlato, country manager for DISS and member of the Puerto Rico DEC.

In the Latin American region, COVID caused a 7% average loss in GDP. Ambassador Quiñónez pointed out, however, that Guatemala lost the least from the COVID pandemic and actually grew at a pace of 7.5% in 2021.

The U.S. is the largest trading partner for many countries in Latin America. About 30% of Guatemala’s trade is with the U.S.

The Latin American region is a perfect fit for near shoring products. One speaker quipped that a better name for it would be “friend or ally shoring,” as there is no better business partner than our allies within our hemisphere.

The lunchtime keynote address on May 19 featured a conversation between the new chair of the Export-Import Bank, The Honorable Reta Jo Lewis, and NADEC Trade Policy Chair David Day on the bank’s new policies, broader mission and enhanced focus on small business.

Lewis outlined some of the Ex-Im Bank’s programs for exporters, including the China and Transformational Exports Program (CTEP), which gives the bank special authority to make financing available in sectors where America needs to use innovation and technological might to stay ahead of the game.

Lewis noted that the most important part is making sure that when people want to work with a U.S. company that there will be flexibility in making that happen.

Lewis also spoke about the Build Back Better and Make More in America initiatives that encourage like-minded countries coming together to support large global infrastructure projects.

She talked about working with diaspora communities to develop more commercial ties for America in immigrants’ home countries, as they often have strong ties to their native lands and such connection could be highly beneficial for American small and medium enterprises (SMEs).

Lewis’ most important tip for those looking to work with the Ex-Im Bank: just put in an application and ask. She joked that the Ex-Im Bank can’t help you if you don’t ask. Lewis also noted that the Ex-Im Bank hosted more than 600 webinars during COVID and hopes that the bank can modernize their producers to be a better resource for helping American businesses to grow.

The subject of an afternoon breakout session on May 19 was “U.K. Open for Business: The Way Forward.” The moderator was Urszula Wojciechowska of the Massachusetts DEC, executive director of the Coalition of New England Companies for Trade. The speakers included Sarah Clegg, head of trade policy for the British Embassy in D.C.; Tim Crouch, director of investment in North America for the U.K. Department of International Trade; and Emanuel Adam, chief policy and trade officer for BritishAmerican Business.

The group discussed recent and upcoming negotiations between the U.S. and the U.K., including a refreshed Atlantic Charter last year and a planned June 22 meeting in Boston for the fifth U.S.-U.K. SME Dialogue.

The British representatives noted that the U.K. is ready whenever the current administration is to pick up on negotiations for a U.S.-U.K. Free Trade Agreement. The representatives also pointed out a unique feature of the U.K. government that allows any subsidiary located in the U.K. to take advantage of their country’s resources to help them export.

There also was a discussion of the U.K.’s future goals as the country continues after Brexit. The U.K. has pledged to reach net zero emissions by 2050 and hopes to “level up” their population by ensuring the spoils of growth are shared across England geographically and with nontraditional groups. The U.K. is positioned to emerge as a science and technology superpower in the world.

Showcased at one of the final sessions on May 19 was the southbound trade initiative. Ernesto Pinal from the Idaho DEC, managing director of Export Optimizers, was the moderator. Speakers included John Leighton, economic minister at the Canadian Embassy in the U.S., and Cesar Rames, head of the Office for the Administration of the USMCA (U.S.-Mexico-Canada Agreement) at the Mexican Embassy in the U.S.

Minister Leighton noted that Canada is one of a few countries in the world that has all the minerals required to make batteries, but those minerals are in remote areas and require an investment in infrastructure to gain access. Canada has incentivized such investment by doubling its mineral extraction tax credit and investing in research and development to uncover better ways to extract these minerals.

Canada’s expertise in mining is important knowledge for the rest of Latin America, which has a robust mining sector. The development of such strategic partnerships is essential to counter China’s One Belt One Road initiative as China tries to invest in the hemisphere.

Mexico also provides a competitive environment for businesses as it offers a developed road and railway infrastructure system. Every minute, $1.2 million in trade with Mexico takes place. Mexico also is currently building a rail and highway system across its southern region to act as an alternative to the Panama Canal.

One suggestion at the session was to leverage the existing free trade agreements in the region to use value added and content accumulation for products as they travel throughout the supply chain and become finished goods.

On May 20, the second day of the conference, the group heard from Marie Saldano, undersecretary at the International Trade Administration (ITA). Saldano discussed how economic security depends on competitiveness, which requires ensuring fair and open markets, expanding export opportunities, and increasing investments.

The ITA’s goal is to help ensure resilience, dependability and security in America’s supply chains. Saldano discussed the equity lens the administration is using to form upcoming national export strategies and global diversity export initiatives. The ITA also is developing a clean tech export competitiveness strategy and has an advanced manufacturing trade mission to the Indo-Pacific this fall.

Saldano also discussed the U.S.-EU Trade and Technology Council (TTC), which is focused on mutual competitiveness and prosperity grounded in a shared market and democratic values. The second ministerial for the TTC was held at the beginning of May.

Saldano also discussed future meetings of the Quad Leaders (which were being held this week) where they hope to collaborate on climate, infrastructure, and critical and emerging technologies.

Saldano did not forget to mention the U.S.-Japan Commercial and Industrial Partnership, which is focused on creating new opportunities for U.S. businesses and their workers and holding accountable the countries that seek unfair advantages.

The panel discussed the importance of having diversified, agile supply chains and back-up suppliers, along with the need to have a “buffer approach.”

The panelists’ consensus was that there is not a lot of optimism yet that the state of the supply chains will improve in the near future, especially with the start of port labor negotiations this month. It was noted, however, that shippers have been dealing with the backlogs for two-and-a-half years now, so they have developed a sense of what they need to do to be able to plan for and mitigate any issues that might arise.

Mentioned specifically during the discussion was how California agricultural exporters are struggling to find empty containers for products that have a shelf life. Every step of the supply chain needs to come together to create a bigger voice to help solve the problems everyone is experiencing. One suggestion was to diversify U.S. warehouses to buffer supply chain disruptions, although doing so may not be easy for smaller exporters.

Important advice from Levsen was to involve your carrier in the design of your supply chain. Build a relationship with your carrier, work with them and have them make recommendations, as it is harder for the carrier to help a company solve problems when they are unfamiliar with the product and supply lines.

Other advice from the panel included looking closer at suppliers, keeping your eyes out, not putting all your eggs in one basket, and just keep adjusting when needed.

For more details on the NADEC Export Conference, visit this link. 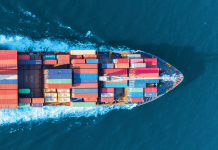 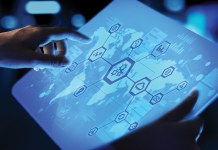 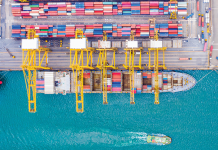