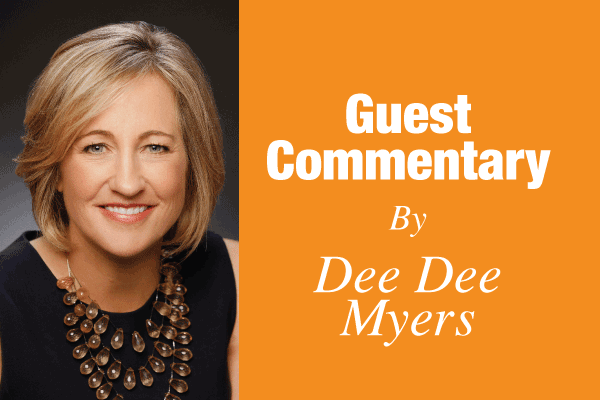 The COVID-19 pandemic triggered the deepest recession since the Great Depression. But just as the economic toll was steep, so is our economic recovery.

Much of the remarkable rebound was made possible by state and federal actions to support individuals and small business through the initial period of economic distress and the subsequent economic recovery.

• During this same period, the state produced $3.36 trillion of goods and services, earning the top spot in the nation’s $23 trillion economy. California’s output continues to be larger than every national economy outside of the United States, China, Japan and Germany.

•Since January 2021, California has created more than 1.3 million jobs — more than any other state — and has now regained nearly 90% of the nonfarm jobs lost during the COVID-19 pandemic.

The state’s actions have been key to that success.

And most recently, in February, the Governor and the Legislature enacted additional support for small businesses, including restoring the use of research and development (R&D) tax credits and net operating loss (NOL) provisions one year early, providing $5.5 billion in savings for our most innovative businesses; conforming state and federal tax laws to provide nearly $500 million in savings to restaurants and performance venues, among the businesses hardest hit by the pandemic; and allocating an additional $150 million for the California Small Business COVID-19 Relief Grant Program, bringing the total to approximately $4.2 billion.

The Governor’s May Revision, announced last Friday, builds on these earlier investments to drive our ongoing economic recovery. New proposals include an additional $500 million in COVID-19 Relief Grants to hard-hit industries, $75 million to agriculture-related businesses that have been impacted by severe drought conditions and additional tax relief to small businesses.

In particular, the May Revision also proposes to continue and build on the success of California Competes (CalCompetes), one of the state’s most successful incentives.

Since its inception in 2014, CalCompetes has been an indispensable tool, helping businesses to locate or stay in California and invest, grow, and create quality full-time jobs here. Under the direction of the Governor’s Office of Business and Economic Development (GO-Biz), the program has awarded tax credits and grants to more than 1,150 businesses committing to create nearly 145,000 new, full-time jobs and make over $29 billion in capital improvements in the state. Among its many successes:

• Stripe, an innovative, industry-leading company, received two awards over the past seven years in exchange for commitments to create 3,110 high-road jobs and invest more than $122 million.

• Last year, EnerVenue committed to create at least 1,692 full-time jobs as they develop and manufacture super high-capacity nickel hydrogen batteries. The batteries will be used to store large amounts of solar and wind-generated electricity in homes, businesses, and other venues, helping the state transition to 100% green, sustainable energy.

These investments not only bring family-supporting jobs and investment to our state but also help California achieve its zero-carbon emission goals.

Building off the success of the tax credit program, the 2021 Budget Act included $120 million one-time General Fund monies for a CalCompetes Grant program aimed at businesses that cannot benefit from the nonrefundable tax credit. In April 2022, eight companies received grants, providing commitments to create more than 7,615 new, full-time jobs and bring over $3.3 billion in new capital investments to the state.

CalCompetes is currently set to expire at the end of the 2022–23 fiscal year, but there’s more work to be done. That’s why Governor Newsom’s revised budget proposes extending it for another five years through 2027–28, while also adding a second year of funding for the CalCompetes Grant program.

The Governor is also proposing to make statutory adjustments to both programs to give additional consideration to companies that relocate from states with anti-LGBTQ+ and reproductive rights laws and to allow semiconductor businesses to use the grant program to help obtain federal incentives.

Importantly, the CalCompetes program is a recognized model of transparency and accountability among job incentive programs. A recent study by the University of California, Irvine concluded, “When controlling for other variables, the researchers found evidence of a significant local multiplier effect — two and a half times — from CalCompetes Tax Credit-incentivized jobs.”

As California continues its comeback, the CalCompetes Tax Credit and Grant programs are models of the invaluable role the state can play by making targeted investments that help businesses create high-paying jobs, increase investment in California, and grow our economy. They are two more reasons why California leads the nation and the world, as we continue on the path to an inclusive, sustainable and prosperous future.

Dee Dee Myers is senior advisor to Governor Gavin Newsom and director of the Governor’s Office of Business and Economic Development (GO-Biz).