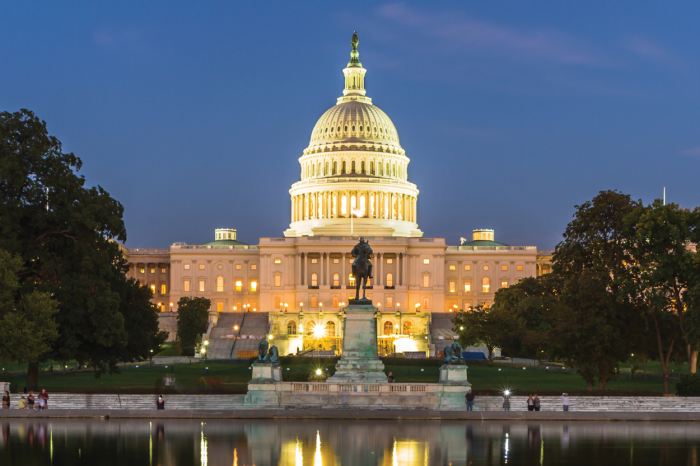 After a year in office, the Biden administration has finally received U.S. Senate confirmations for many of the persons it nominated over the past year to serve as U.S. ambassadors to other nations.

The U.S. Senate rushed through the barrage of nominations before the end of its 2021 session. Any nominees who were not voted on in 2021 have to go back to President Joe Biden to be renominated and begin the process over again.

As of mid-January 2022, 113 of the 186 U.S. ambassadorships remain vacant; 59 of those are pending U.S. Senate confirmation, while the remaining 54 are still awaiting a nominee from the Biden administration.

Los Angeles Mayor Eric Garcetti was nominated by President Biden to be the Ambassador to India in July 2021. Finally, in January of this year, Garcetti’s nomination has begun to move in the U.S. Senate, being approved by the Foreign Relations Committee. Garcetti has been mayor of Los Angeles since 2013, with his term ending in December 2022. Garcetti served as national co-chair of the Biden campaign and as co-chair of Biden’s vice-presidential vetting team. Garcetti co-founded Climate Mayors, leading more than 400 U.S. mayors to adopt the Paris Climate agreement. Garcetti also served as an intelligence officer in the U.S. Navy Reserves for 12 years and was a Rhodes Scholar. Garcetti awaits full Senate confirmation before his posting becomes official; when that happens, the Los Angeles City Council will appoint an interim Mayor of Los Angeles.

Margaret (Meg) Whitman, candidate for California Governor in 2010 and a business executive, was nominated by President Biden to be the Ambassador to Kenya on December 13, 2021. Whitman is a member of the boards of Procter & Gamble and General Motors, as well as the National Board Chair at Teach for America. Whitman is the former CEO of Quibi, a streaming content platform, former president and CEO of Hewlett Packard, eBay, and FTD. Whitman has held leadership positions at Hasbro, StrideRite, and the Walt Disney Corporation; she is also a former partner at Bain and Co. Whitman has received many honors, including induction into the U.S. Business Hall of Fame and Harvard Business School’s Alumni Achievement Award, having earned her M.B.A. at the university.

Ambassador Cynthia Ann Telles was nominated to serve as the U.S. Ambassador to Costa Rica in June 2021 and confirmed in December 2021. Ambassador Telles is a clinical professor in the UCLA Department of Psychiatry at the UCLA David Geffen School of Medicine and serves on the executive committee of the UCLA Semel Institute for Neuroscience and Human Behavior. Ambassador Telles also has been the director of the UCLA Spanish-Speaking Psychosocial Clinic for three decades and is the founding director of the UCLA Hispanic Neuropsychiatric Center of Excellence. Ambassador Telles has held positions on various councils and commissions in the city of Los Angeles, including the Board of Airport Commissioners. Ambassador Telles also served on the White House Commission on Presidential Scholars, the board of the Kaiser Foundation Health Plan and Hospitals, and as chair of the Board of the California Endowment.

An ambassador is the highest-ranking representative on behalf of the President to the country or international organization to which they are assigned. An ambassador’s mission is to represent the interests and policies of the United States, forming an important part of U.S. foreign policy. A key role for ambassadors, according to the U.S. Department of State, is to coordinate the activities of the foreign service officers and staff under them, but also representatives of other U.S. agencies within the country. At some overseas posts, there may be as many as 27 federal agencies working together with embassy staff.

The confirmed or nominated ambassadors from the past year (2021) for California’s top trading partners as well as other countries of interest are outlined below, in order of California’s top export partners (2021):

• Canada: David Cohen, nominated 7/26/21, confirmed 11/2/21. Before his posting, Ambassador Cohen had been with Comcast Corporation since 2002 where his roles most recently included: senior advisor to the CEO; senior executive vice president; and the company’s first chief diversity officer. Ambassador Cohen has served on the boards of many nonprofits, including: chair of the Trustees of the University of Pennsylvania and its Executive Committee; on the Executive Committee of the Greater Philadelphia Chamber of Commerce; Penn Medicine; UnidosUS; and the National Urban League.

• China: Nicholas Burns, nominated 9/16/21, confirmed 12/16/21. Ambassador Robert Nicholas Burns is a former career diplomat serving as Under Secretary of State for Political Affairs, Ambassador to NATO and to Greece, State Department spokesman, and on the National Security Council staff on Soviet and Russian affairs. Ambassador Burns most recently served as professor of the practice of diplomacy and international relations at Harvard’s Kennedy School of Government. Ambassador Burns is also the former executive director of the Aspen Strategy Group and Security Forum. Ambassador Burns has taught, written and spoken often on current U.S.-China relations as he has traveled to China since 1988 and worked with the Chinese government on a wide variety of issues.

• Japan: Rahm Emanuel, nominated 9/13/21, confirmed 12/17/21. Ambassador Emanuel is well-known for serving as Mayor of Chicago and, prior to that, as President Obama’s chief of staff. Ambassador Emanuel also has served as a member of the U.S. House of Representatives and within the Clinton administration.

• Taiwan. Due to political reasons, Taiwan does not receive an ambassador. However, the U.S. Department of State does have a director for the Taiwan office. The current director is Sandra Oudkirk. Oudkirk has been with the Department of State for 30 years and joined the Bureau of East Asian and Pacific Affairs as the U.S. senior official for the Asia-Pacific Economic Cooperation (APEC) and Deputy Assistant Secretary for Australia, New Zealand and the Pacific Islands in May 2019.

• Germany: Amy Gutmann, nominated 7/13/21, still pending. Gutmann is a political scholar and currently is the longest-serving president of the University of Pennsylvania. If confirmed by the U.S. Senate, Gutmann would be the first female U.S. ambassador to Germany. She has a close connection with the country, as her father escaped Germany at the beginning of the Holocaust.

• Hong Kong. Hong Kong is currently California’s eighth largest export partner. The current presence of the U.S. Department of State Hong Kong is a U.S. consular office where Hanscom Smith has served as Consul General of Hong Kong and Macau since July 2019. Consul General Smith is a career member of the Senior Foreign Service, where he most recently served as the Acting Deputy Assistant Secretary of State responsible for China. He previously served as Consul General in Shanghai, director of the Office of Chinese and Mongolian Affairs for the Department of State, and in different capacities at various U.S. embassies around the world.

• United Kingdom and Northern Ireland: Jane Hartley, nominated 1/19/22, still pending. Ambassador Hartley served as Ambassador to France and Monaco from 2014–2017, where she worked to strengthen U.S. and French bilateral relations as well as focused on counterterrorism for which she received the Legion of Honor from the President of France. Ambassador Hartley previously served as CEO to the Observatory Group and the G7 Group, which were economic and political advisory firms. Ambassador Hartley sits on many boards, including the Executive Committee of the Kennedy School at Harvard University, the Carnegie Endowment for International Peace, and is a member of the Council on Foreign Relations.

• Belgium: Michael Adler, nominated 10/4/21, confirmed 12/17/21. Ambassador Adler was previously chairman and CEO of the Adler Group, Inc, one of the largest real estate companies in South Florida, where he played a significant role in the growth and development of South Florida as a major center for international trade. Ambassador Adler also is a civic and community leader as he has held key leadership roles in many charities and nonprofits, including serving as the Chairman of Mount Sinai Medical Center where he currently sits on the Board of Trustees.

• Australia: Caroline Kennedy, nominated 12/15/21, still pending. Caroline Kennedy served from 2013–2017 as U.S. Ambassador to Japan, where she played a critical role in the commemoration of the 70th anniversary of the end of World War II which culminated in the historic visit of President Obama to Hiroshima and Japanese Prime Minister Shinzo Abe to Pearl Harbor. In 2017, Ambassador Kennedy founded the International Poetry Exchange Project to virtually connect students in Japan, Korea, the Philippines, and the Bronx. In November 2021, Ambassador Kennedy was awarded the Grand Cordon of the Rising Sun, the highest honor for which foreigners are eligible, for her efforts to strengthen the U.S.-Japan alliance. Prior to her time in Japan, Ambassador Kennedy was at the forefront of education reform in New York City, helping to create public-private partnerships as the CEO of the Office for Strategic Partnerships at the NYC Department of Education. Ambassador Kennedy is a member of the Board of Advisors for the International Rescue Committee and is on the Board of the Carnegie Corporation. Ambassador Kennedy is a New York Times best-selling author of 11 books and serves as the Honorary President of the JFK Library Foundation.

• World Trade Organization: María Pagán, nominated 8/10/21, still pending. While awaiting confirmation to be the U.S. representative to the World Trade Organization (WTO), María Pagán is serving as Deputy General Counsel for the U.S. Trade Representative. Pagán has been the lead U.S. attorney on numerous trade agreement negotiations, including the Trans-Pacific Partnership (TPP), Peru and Colombia free trade agreements, and the revised WTO Agreement on Government Procurement. Pagán has been with the USTR since 2003. Before that, she worked for the U.S. Department of Commerce for a decade.

• Chief of Protocol, U.S. Department of State: Rufus Gifford, sworn in on 1/3/22. Ambassador Gifford was most recently the Deputy Campaign Manager of Biden for President. However, Ambassador Gifford’s prior role as the U.S. Ambassador to Denmark popularized him abroad as he was the focus of a 10-episode Danish series called “I Am the Ambassador.” His time in Denmark centered around his efforts to address the effects of climate change, build international coalitions, and invest in clean energy. As Chief of Protocol, Ambassador Gifford will travel with President Biden on his overseas trips, greet foreign leaders who visit the United States, and serve as a liaison to all foreign diplomats who are serving in the United States.

• U.S. Executive Director, International Monetary Fund: Elizabeth Shortino, nominated 2/4/22, still pending. Elizabeth Shortino has served as the Acting U.S. Executive Director since February 2021 as she had previously worked within the Executive Director’s office. Shortino has more than 17 years of experience in public service, having also held positions at the U.S. Office of Management and Budget and the U.S. Department of Treasury. Before her public service, Shortino worked as a management consultant for Cap Gemini Ernst & Young. Shortino received her master’s degree in international relations from Johns Hopkins University School of Advanced International Studies with a specialization in quantitative methods and economic theory.

Biden Administration Turns to Indo-Pacific with Launch of Economic Framework 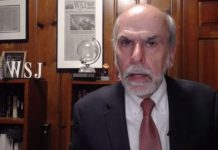