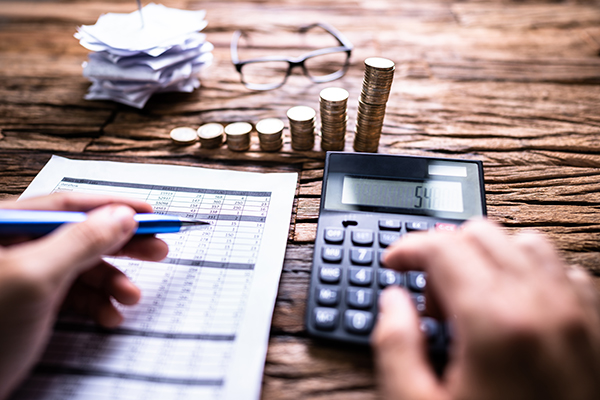 Increasing cost of living and fear of falling further behind add up to California voters apprehensive about their future. The seventh annual CalChamber poll, The People’s Voice, 2021, found that voters remain focused on economic security, personal safety, and bread-and-butter issues.

More than 8 of 10 voters report feeling the effects of inflation, with more than a third stating they are buying less because prices are higher. These cost pressures color voter attitudes about general well-being, prospects for the future, and state policies.

Since 2015, more than 8 out of 10 Californians have regularly reported that “earning enough income to enjoy a middle-class lifestyle is becoming almost impossible in my part of California.” In 2021, 85% of Californians agreed with that statement — as did more than 9 of 10 voters in the Bay Area.

Voters also report that the American Dream is fading for them. Asked about the American Dream — that if you work hard, you’ll get ahead — for the first time a majority of voters responded that while it once held true, it does not anymore, compared with 37% who believe it still holds true. This ratio has flipped since just three years ago, when a plurality of Californians believed the American Dream still held true.

This anxiety feeds on reports of the California Exodus, and in turn stokes that very impulse.

News and social media have reported anecdotes of high-profile companies leaving the state, as well as the historic slowdown in California’s population growth, fueled in large part by domestic migration of middle- and working-class Californians to opportunities in other states.

Voters are well acquainted with this trend.

Asked if they are aware of “any major employers or businesses leaving your community in recent years to relocate to another state,” nearly half of voters statewide, including 59% of voters in the Bay Area, answered “yes.”

About a quarter of voters in Southern California and the Central Valley reported knowing someone personally who lost their job because their employer left the community.

Californians do not perceive the state to be in a recession. A strong majority (59%) say “a lot” or “some” new jobs are being created in their part of California.

The pessimism about the kinds of jobs created is new, and is especially reflected among women, older voters and in the Central Valley and Inland Empire.

Continuing a troubling trend, among voters with kids living at home, 62% agree with the statement that “my children would have a better future if they left California.” Since 2015, a growing proportion of parents have agreed with this sentiment.

The CalChamber poll also closely examined numerous policy issues of interest to voters and employers. Subsequent articles will take a deep dive into those issues.

The cost of living weighs heavily on the minds of voters, and has become the principal lens through which they consider California public policy issues. This finding and many others were revealed from the...

Californians are deeply anxious about the cost of living and working in the Golden State. The seventh CalChamber poll, The People’s Voice, 2021, found that voters remain frustrated with housing affordability, which remains the...