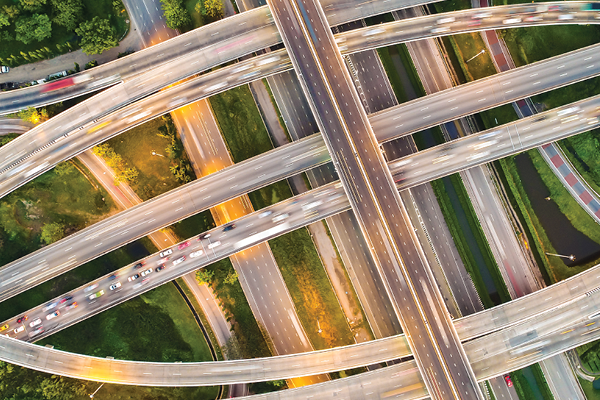 In a July 29 letter to members of the California congressional delegation, the CalChamber pointed out that the state’s $3.1 trillion economy depends on the condition of its infrastructure.

“The Bipartisan Infrastructure Framework will be good for California’s economy and quality of life. It is worthy of your support,” the CalChamber told the congressional delegation.

Roads, highways, bridges and rail networks are the bloodstream of the California economy, providing passage for delivering agricultural products to state ports, just-in-time components to manufacturers, as well as getting tourists to recreation and entertainment centers and workers to their jobs.

Paying for the transportation network historically has been a partnership between the federal government and the states.

The CalChamber reminded lawmakers that Californians agreed to increase revenues for transportation improvements several years ago and “now the federal government must step up.”

California has hundreds of bridges and thousands of miles of roads in poor condition and demands for rail and transit to support economic growth and desperately needed new housing.

The Bipartisan Infrastructure Framework addresses infrastructure critical to California’s economic growth. Specifics continue to be worked out as this article was being prepared for publication, but news reports outline the $1 trillion bipartisan plan as including the following elements.

• Transportation network. Roughly $110 billion for roads and bridges, $39 billion for public transit, $66 billion for passenger and freight rail, $17 billion for ports and $25 billion for airports to reduce congestion and address maintenance backlogs.

• Power infrastructure. The legislation includes $73 billion for a clean energy revamping of the electric grid, as well as billions of dollars for climate resilience programs such as flood control and investment in new technologies such as carbon capture. The framework calls for building thousands of miles of new, resilient transmission lines to facilitate the expansion of renewable energy, including laying the foundation for more reliable energy transmission through a new Grid Authority to support creative financing tools and leverage existing rights-of-way for new transmission.

• Clean drinking water. The bill includes $55 billion for water and wastewater infrastructure, including funding to replace all the nation’s service lines using lead pipe. The bipartisan plan would provide substantial new investment in delivering clean drinking water to millions of American families and focus on hardening infrastructure to better protect it against cyberattacks, extreme weather and the effects of climate change. Availability of clean drinking water is of particular concern to certain parts of California.