A California Chamber of Commerce-opposed job killer bill seeking to force agricultural employees into unionizing awaits action by the full Senate when legislators return from summer recess in August.

AB 616 (Stone; D-Scotts Valley) seeks to eliminate agricultural employees’ democratic right to cast an independent vote in a secret ballot election regarding whether to unionize, making them susceptible to coercion and misinformation.

The bill also creates an unfair retaliation presumption against employers and imposes an unrealistic bond requirement on employers pursuing their legal right to appeal an order by the Agricultural Labor Relations Board (ALRB).

Current provisions of the state Agricultural Labor Relations Act (ALRA) protect the rights and interests of employees and employers, as well as unions.

Modeled on the National Labor Relations Act, the ALRA affords agricultural employees the opportunity to select — or to refrain from selecting — a particular union as their collective bargaining representative through a formal and secure secret ballot election.

Each employee votes in a private booth, without any pressure or coercion from the employer, union or other employees.

AB 616, however, seeks to strip employees of this fundamentally democratic right, instead allowing unions to bypass secret ballot elections under an alternative “ballot card” procedure.

Under AB 616, a union would be installed as a bargaining unit’s representative merely by submitting a petition to the ALRB along with representation cards signed by a majority of affected employees and designating that union for that purpose.

Unlike the current process, which guarantees that employees ultimately express their true sentiments about unionization in the tightly controlled setting of a supervised secret ballot election, the AB 616 procedure provides no safeguards to ensure the representation cards really indicate the employees’ free, uncoerced and current choice.

For example, all ballots issued for an election are required to include a space for the employee to check “No Labor Organizations.” No such space or designation is required for a representation card.

Moreover, AB 616 expressly allows the union to complete the card for the employee. All the union or another employee has to do then is pressure the employee to sign the card. The union representative can then take the signed card and mail it in for the employee or hold onto it while trying to collect additional signatures. Signed cards are valid for an entire year.

Nearly identical legislation (SB 104; Steinberg; D-Sacramento) was vetoed in 2011 by Governor Edmund G. Brown Jr., who signed the ALRA into law in 1975.

In his veto message, Governor Brown noted that the ALRA was “not the product of one side but a hard-fought compromise” reached after months of meetings and participation by thousands of people, including representatives of all sides.

Before making such a drastic change to the ALRA, Governor Brown wrote in his veto message, the Legislature should consider legal provisions that “more faithfully track its original framework” in a process that includes “all those who are affected by the ALRA.”

In a letter to senators, the CalChamber and coalition of local chambers of commerce point out that the Labor Code already protects employees from retaliation for participating in union activity.

AB 616 includes a presumption of retaliation where an employer takes adverse action against a worker during a labor organization’s representation ballot card campaign. Because a campaign could go on for weeks or months and the employee’s signature on a representation card is valid for a year, the employer would be unable to discipline an employee for an entire year without being subject to the presumption, the coalition asserts.

Employers may seek judiciary review of any ALRB order. AB 616 impedes an employer’s ability to exercise that legal right by requiring the employer to post a bond in the amount of the entire economic value of the order before the employer can request the review.

The coalition states that the Legislature should not put such a steep price tag on an entity’s right to appeal an order, especially during a global pandemic where many depend on agricultural companies to keep food on the table and those businesses have suffered from devastating capital shortages to keep operations running.

Notably, the bond burden applies only to an employer and not to any union that seeks review of an ALRB order. 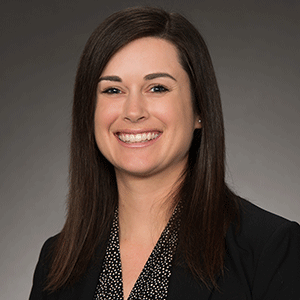