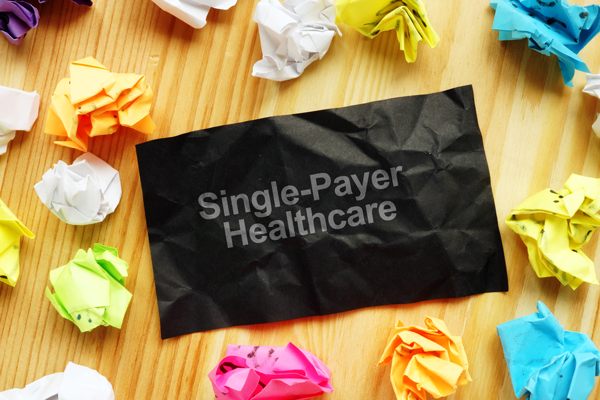 On February 19, a throng of legislators, led by Assemblymember Ash Kalra (D-San Jose), introduced AB 1400, the Guaranteed Health Care for All bill (aka CalCare, aka single-payer health care).

According to Kalra, “CalCare will ensure that all Californians, regardless of employment, income, immigration status, race, gender, or any other considerations, can get the health care they need, free at the point of service.” While the plan may outline free medical services, is it actually free?

The short answer is a resounding no!

Now for the longer answer. While a patient may not have to pay at the point of service, the money must come from somewhere. Doctors and dentists can’t work for free. Additionally, provider offices need to keep the lights on, the air conditioner rolling, personal protective equipment must be purchased, and someone will have to clean and sanitize. So, what would the country’s first single-payer model cost?

The short answer is a lot!

Now for the longer answer. In 2017, the Senate Appropriations Committee’s analysis on SB 562 — a single-payer bill — found that the cost of a single-payer system in California would be approximately $400 billion.

These estimations include a shortfall of funding of $200 billion. This means even if all public funds were rolled into this single-payer system, California would still need another $200 billion to fund this model. However, this estimate is uncertain as federal waivers would have to be obtained for all federal programs that provide funds for payment of health care services such as Medicare, Medicaid and others. So, where would all that money come from?

The short answer is hardworking, taxpaying Californians. Every. Single. One of us.

Now for the longer answer. Even if all current employer and employee spending on health care were shifted over to a single-payer system, there would still be a shortfall of $100 billion. So naturally, the focus turns to us, the taxpayers.

SB 562’s analysis assumed single-payer funding would come from a payroll tax increase, in the amount of 15%. Vermont attempted to enact a single-payer system in 2011 but the efforts were derailed when an 11.5% payroll tax on businesses and an individual income tax increase of up to 9.5% were proposed.

So, if we’re all going to pay our hard-earned dollars to fund this system, naturally California is champing at the bit for this, right?

The short answer is no, most Californians don’t want this.

Now for the longer answer. When SB 562 was introduced, CalChamber conducted a poll which found that voters overwhelmingly preferred to keep their current health insurance (71%) over switching to a single-payer approach (29%).

California Close to Having Health Care for All