With California as a Super Tuesday state, California Democratic voters experienced first-hand the presidential nominating process by being witness to multiple visits by the leading contenders, seeing countless TV ads—first by Michael Bloomberg, followed by Bernie Sanders and Elizabeth Warren—and playing host on Election Night to Democratic front-runner Joe Biden. The rapid pace by which the Democratic nominating process turned was unprecedented by almost any standard.

Still, this swift turn of electoral fate runs smack into a brick wall due to the inevitable slow pace by which California ballots are counted. Late absentees, same-day registration and new voting systems leave an estimated 5 million ballots still to be counted, according to Paul Mitchell with Political Data, Inc.

Closer to home, there were several key legislative races of importance to the California Chamber of Commerce that saw engagement by our two super political action committees (PACs), JobsPAC and Silicon Valley JobsPAC. Here are some highlights from the evening:

• Senate District 7—Incumbent Steve Glazer (D-Contra Costa). Our top priority race saw an outcome favorable to Glazer, who was being challenged by the unions. Glazer emerged as the top vote getter and will face off against Republican Julie Mobley. This is a safe Democratic seat, making the prospect of Glazer prevailing in November a near certainty.

JobsPAC funded a field program for Glazer and Silicon Valley JobsPAC paid for some contrast mail against the union-funded candidate, Marisol Rubio.

• Senate District 13—Incumbent Jerry Hill (D-San Mateo) did not run as he had reached his term limit. This is an important seat for Silicon Valley JobsPAC due to the number of leading tech companies that are headquartered in this district, which includes both Santa Clara and San Mateo counties. As things look at publication of this newsletter, Josh Becker, a tech-savvy entrepreneur and venture capitalist, appears to be in the runoff with Republican Alex Glew.

Our involvement focused on a digital advertising effort in opposition to Democrat Sally Lieber. Again, a safe Democratic seat all but ensures that Becker will glide to a November election victory.

• Senate District 15—Incumbent Jim Beall (D-San Jose) did not run as he had reached his term limit. This appears to be a runoff between two Democrats, attorney Ann Ravel and Santa Clara County supervisor Dave Cortese. This represents another seat important to our technology company members and a viability assessment will be made as part of our November strategy.

• Senate District 37— Incumbent John Moorlach (R-Costa Mesa). The term “safe Republican” seat no longer applies in Orange County, so while Senator Moorlach is a good friend, Silicon Valley JobsPAC worked with a coalition of our business allies to oppose Costa Mesa Mayor Katrina Foley, who was heavily backed by labor. At present, Democrat Dave Min appears to be in the runoff with Senator Moorlach.

• Assembly District 72— Incumbent Tyler Diep (R-Westminster). As the only Republican to vote for the labor-supported AB 5, the independent contractor legislation, Diep brought upon himself some serious opposition. At the behest of Orange County Republican officials, former senator and fellow Republican Janet Nguyen filed to run against Diep.

Working with our allies in the rideshare sector, Silicon Valley JobsPAC opposed Diep through a targeted mail and phone program. At present, Diep looks to have finished a distant second to Janet Nguyen but could slip into third place when all the late ballots are counted.

Of course these were not the only primary election contests; there were a total of 120 legislative and 53 congressional races, many of which will not be decided for several weeks. Counties have until April 3 to complete and certify their vote counts.

One way to look at it is, we will finally know all the winners and losers just before the NCAA hoops champion is crowned. 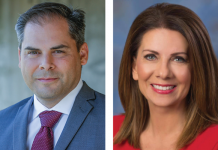 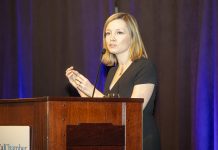 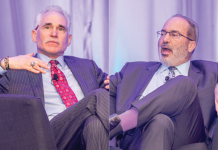 New Employment Laws in Effect Now; Others Coming on January 1,...