The California Chamber of Commerce Board of Directors recently voted to support a ballot measure that would help finance school facilities, and oppose another measure that would impose a split roll property tax on commercial and industrial properties.

Scheduled to be on the March 3, 2020 primary election ballot, the Public Preschool, K–12 and College Health and Safety Bond Act of 2020 will appear as Proposition 13—which should not be confused with the landmark Proposition 13 initiative passed in 1978, which cut property taxes.

The Proposition 13 measure appearing on the March ballot proposes a $15 billion general obligation bond, approved by the Legislature and Governor. Proceeds of the bond would be used to support construction and rehabilitation of instructional and support facilities for public schools, colleges and universities.

If approved by voters, this measure would generate $9 billion for K–12 facilities, and $2 billion each for the Community College, California State University (CSU) and University of California (UC) systems.

The K–12 spending would be allocated for new construction ($2.8 billion), modernization/rehabilitation of old facilities ($5.2 billion, including $150 million to remediate lead infiltration in school plumbing), career-technical education facilities ($500 million), and charter schools ($500 million). The measure also provides immediate relief, such as temporary facilities, for schools affected by natural disasters (such as recent wildfires).

The CalChamber historically has supported statewide school construction bonds. The schools bond will help moderate the cost of new housing by preventing new local mitigation fees, as without new state funding, builders who pay fees to mitigate school impacts will see those fees double or triple as school districts demand full mitigation. Depending on the jurisdiction, school impact fees could increase by $15,000 or more per unit over what is currently being paid.

Aiming for a spot on the November 2020 general election ballot, a new measure proposes to raise up to $12 billion a year through a split roll property tax on commercial and industrial properties.

The proposed initiative is an effort to correct deep flaws in a previous proposal that has already qualified for the November 2020 ballot. The CalChamber Board voted in 2018 to oppose that original flawed proposal.

If approved by voters, the new measure would require that, beginning with the 2022–23 lien date, all commercial and industrial properties, with some limited exceptions, be reassessed to full market value, and then reassessed every three years.

The CalChamber Board opposes the proposal because it would increase property taxes on business by 25% and would be the largest tax increase in California ever.

According to the Legislative Analyst, up to $1 billion a year of the new taxes will be sent to state and local governments for implementation, overhead and existing state programs. This means that up to $1 billion a year will be intercepted before the funds can be used to hire any new school teachers, police officers or firefighters.

Since the passage of Proposition 13 in 1978, California property taxes have been stable and relatively moderate, compared to the rest of the country. Proposition 13’s acquisition-value assessment system keeps the property tax stable and is an enormous benefit to California taxpayers. Changing this system would make the property tax a volatile revenue source for local government, triggering larger cuts in government services during recessions—when people need these services most.

The higher taxes imposed by the split roll measure would likely be passed on to consumers, or would force businesses to reduce overhead costs, such as employee hours or positions. According to a 2012 study by the Davenport Institute at Pepperdine University, a split roll could cost the California economy $71.8 billion of lost output and 396,345 lost jobs over the first five years.

Many split-roll activists have the long-term goal of repealing Proposition 13 protections for homeowners as well as businesses. As their first step in destroying Proposition 13, proponents are trying a “divide and conquer” approach. By sticking together, homeowners and business property owners can continue to protect Proposition 13.

The CalChamber is co-chairing the Californians to Stop Higher Property Taxes coalition that is leading the opposition to the split roll ballot measure proposals. 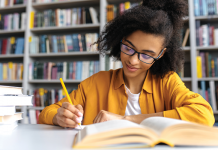