It was clear toward the end of the March 5 workshop on the proposed controversial wetlands regulations that the State Water Resources Control Board (Board) intends to adopt them at its April 2 hearing.

Final language will not be available until 10 days before the hearing. By my calculations, that will be Saturday, March 23. After multiple meetings and two workshops on the controversial state wetlands regulations, not much progress has been made in discerning what, if any, beneficial changes will be made.

Despite receiving hundreds of proposed changes from stakeholders, some of which have been incorporated, the Board has stated that it will not accept public comments on the current proposal, which has been twice posted with some of those changes. The changes are referred to as clarifications, thus avoiding a formal recirculation as required under the Administrative Procedures Act.

As David Ivester of Briscoe Ivester & Bazel LLP comments: “Why invent a new definition of ‘wetlands’ differing from any used by federal and state agencies in four decades of regulation, thus requiring landowners to map their lands two ways and address which areas are subject to the Board’s differing regulations?

“Why devise new, extensive ‘alternatives analysis’ requirements differing from the already-stringent requirements of the Environmental Protection Agency and Corps, thus compelling landowners to search for and assess alternatives two different ways and report to federal and state agencies both ways?

“Why apparently undo ‘prior converted cropland,’ defined as not waters or wetlands under federal law, but redefined by the staff as wetlands, and then impose substantial new regulatory burdens on California’s farmers?”

According to two U.S. Supreme Court decisions, the federal Clean Water Act does not regulate all waters, leaving a gap in wetlands protection. Board staff estimate the gap to be 1% to 3% of the state’s waters and wetlands. And yet, the proposal on the table upends the entire state wetlands regulatory scheme to close a 3% gap. 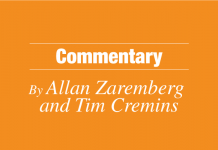 Water Board Must Let Governor, Public Weigh in on Wetlands Regulations