The California Chamber of Commerce is leading a coalition of businesses and organizations in support of workers’ ability to work independently.

Through its website at imindependent.co, the coalition explains why state lawmakers need to suspend putting a recent court decision into effect so that there can be a robust legislative discussion about how best to balance worker protections with a flexible work model.

The livelihoods of nearly 2 million Californians who choose to work as independent contractors are at risk after the California Supreme Court decision in Dynamex Operations West, Inc. v. Superior Court (April 30, 2018).

In addition, the franchise business model is based on an independent contractor relationship between a franchisor and franchisee. California has more than 76,000 franchise locations that support nearly 730,000 jobs. 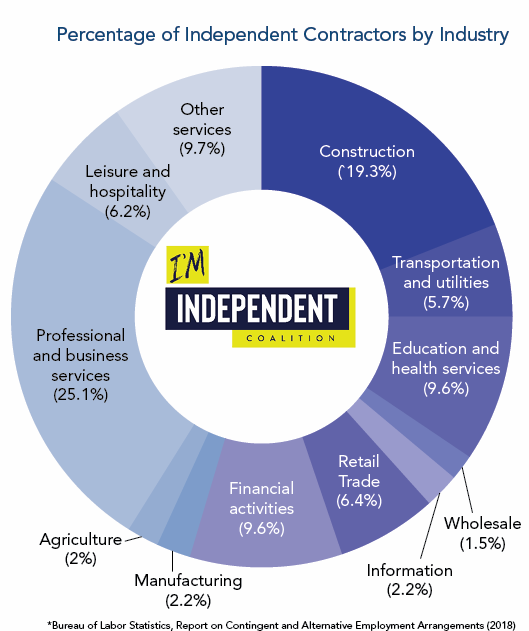 The California Supreme Court decision overturned more than three decades of state employment law based on a set of rules called the Borello test for deciding whether a worker was an independent contractor. This approach weighed multiple factors to account for the variety of California industries and professions that would be regulated.

The Dynamex ruling replaced the multiple factors with a one-size-fits-all approach consisting of just three factors that also are far more restrictive.

The new “ABC test” has never existed in any form of California law, either in law or by regulation. The ABC test is the first time in U.S. history that a court has imposed such a test without legislative approval, with three independently dispositive factors.

• Nearly half of all millennials (47%) across the United States freelance, a 9% increase since 2014.

• The court decision moves the state backward and does not accurately reflect today’s realities. It would eliminate the choice that more and more Californians are making for their work and quality of life. In fact, 79% of independent contractors prefer it over traditional employment, according to the Bureau of Labor Statistics Economic Release (June 7, 2018).

• Economic stability is being redefined as 63% of freelancers increasingly think that a diversified portfolio of companies to contract with is more secure than working for one employer.

• A majority of freelancers who left full-time traditional employment made more money within a year.

• Full-time independent contractors are able to work fewer than 40 hours per week (on average 36 hours), and the majority believe they have the right amount of work.

• Technology such as online platforms have also benefited brick-and-mortar businesses with significant increases in sales and expansion of their customer base. This has helped small businesses across the state not only survive but thrive.

• With innovation expanding opportunities, more and more Californians are choosing to work independently full-time or to supplement their income. In fact, at its current growth rate, a majority of the U.S. workforce will be independent contractors/freelancers by 2027.

Given the rapidly changing economy and how more Californians choose to work, time is needed to discuss and develop laws that best reflect today’s realities.

The Supreme Court made its decision with limited information on a decade-old case. The Legislature has the ability to identify criteria for independent contractors that better reflect California’s economy and protect workers.

To voice support for the ability of individuals to work independently, fill out and send in the letter at imindependent.co. Ask lawmakers to suspend the court decision so we can work together to modernize our laws to protect workers and their choices.

Oh, What a Relief It Isn’t—AB 5 and the B2B Exemption