The California Chamber of Commerce honored business executives from Chico and Torrance last week with its 2018 Small Business Advocate of the Year Award for outstanding advocacy on behalf of small businesses.

The CalChamber announced the awards in Sacramento before more than 200 attendees at the CalChamber Capitol Summit on May 23.

The 2018 Small Business Advocate of the Year Award recipients are:

Lando was chairman of the board of directors for the Chico Chamber of Commerce & Visitor Center in 2011 and currently chairs the chamber’s Legislative Action Committee. Francis was chairman in 2015 and spearheaded the chamber’s Community Vision, which not only guides local policy decisions, but has become a sought-after model for chamber advocacy throughout the nation.

At the direction of the Chico Chamber Board in early 2017, Francis and Lando spearheaded the effort to better understand how business priorities like a safer community and improved roads are indelibly linked to changing city finances.

Together, Lando and Francis co-chaired the groundbreaking Task Force on City Revenues and Expenditures, the first of its kind in the Chico Chamber’s 110-year history, which resulted in the publication of a special report and call to action. The task force investigated the solvency of Chico’s finances—past, present and projected—and delivered a bold and forceful recommendation that the City Council consider a revenue measure to fund business priorities outlined in the Community Vision.

The City of Chico is one of 11 cities its size in California to maintain a baseline sales tax rate of 7.25%. The region is largely tax averse.

Task force findings were communicated to the public via the chamber’s most recent state of the city address and through a publication entitled Special Report. A call to action was made directly to the Chico City Council to consider a revenue measure to preserve and enhance the quality of life in Chico, a risky yet pivotal move by a chamber of commerce in a tax-averse region.

In nominating Francis and Lando for the CalChamber award, Katie Simmons, president and CEO of the Chico Chamber of Commerce & Visitor Center, wrote: “Mark and Tom deserve to be recognized equally for their tremendous insight, influence and service to the Chico Chamber of Commerce. This pivotal community conversation would not happen without the knowledge, dedication and time Mark and Tom give to the chamber and our community. Their work is relevant across all communities in California struggling with the very same issues.” 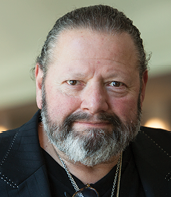 Donna Duperron, president and CEO of the Torrance Area Chamber of Commerce, calls Shafer an individual who appears larger than life and a true advocate for business.

In 2017, Shafer was very involved in support of the Tower Energy Group’s planned development of a gas station and convenience store in Torrance. He believed that this project would foster job growth and economic vitality in an area where many residents opposed the development.

Shafer continues to mentor the hundreds of business owners who make up the Downtown Torrance business community and have issues with building permits, connecting them with the proper City of Torrance department head. He constantly rallies business throughout the city to become active and vocal supporters of job creation. He repeatedly encourages business owners to go before the state Legislature and local councils and boards to support and advocate for other businesses and key issues facing the business community.

“Time after time, Michael has been a catalyst for one of the largest businesses in our city, the Torrance Refinery Company,” Duperron wrote in nominating Shafer for the CalChamber business advocacy award.

After an explosion at the refinery in February 2015, Shafer took the stand to testify at South Coast Air Quality Management District hearings. The hearings began in 2016 and continue to the present day. Shafer has testified that the 600 family-supporting direct jobs and the 500 contractors’ jobs at the refinery are extremely important to the economic vitality of the City of Torrance. Although some advocates are calling for a ban on chemicals produced at the plant, Shafer has testified that the city and school district would lose millions of dollars in annual tax revenue and gas prices would rise if the ban were to go into effect.

Shafer also has been very vocal about the city’s minimum wage ordinance. His testimony before the Los Angeles Board of Supervisors was so compelling that a board member contacted Shafer, asking that he return to address another meeting to share the impact the wage increase would have on local businesses.

“Speaking from his heart, and not from a script, Michael captured the ear of the supervisors and all in attendance,” Duperron wrote.