California’s corporate tax base may increase by up to 12% as a result of federal tax reform legislation, according to a study recently released by the State Tax Research Institute (STRI).

This means that revenues from California’s corporate income tax could increase by as much as $1.3 billion—without any action by state lawmakers to increase corporate tax rates or income definitions.

According to Karl Frieden, vice president and general counsel at the Council on State Taxation, the study’s sponsor, “The state tax increase for corporations is totally inadvertent.”

The windfall from federal tax reform will likely produce even more revenue than would a recently proposed constitutional amendment to impose a 10% surcharge on corporate net incomes of more than $1 million.

The avowed purpose of that measure is “to share with ordinary California taxpayers the economic gains provided by federal income tax cuts for corporations with over one million dollars ($1,000,000) in net income.”

It turns out that federal tax reform will accomplish that goal without the Legislature casting a vote.

“The Impact of Federal Tax Reform on State Corporate Income Taxes” was prepared for STRI by Ernst & Young. STRI is the 501(c)(3) research affiliate of Council on State Taxation, a nonprofit trade association of multistate corporations. 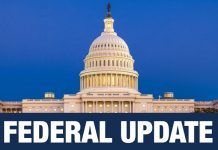