California Close to Having Health Care for All

In the debate on health care, the two words most confused or misunderstood are “universal” and “single-payer.” They often are used interchangeably, and even standing alone, are defined incorrectly. This confusion or error has completely skewed the dialogue on what is an ideal model for California health care and how to improve health care in California.

Most people don’t realize that California is very close to achieving health care coverage for just about all Californians. Out of almost 40 million people, only 2.7 million don’t have coverage—approximately 900,000 of the uncovered are citizens or legal residents and the remainder are residents without proper documentation—so 97.6% are covered.

Even undocumented residents have access to health care in emergency rooms.

A true single-payer health care system prohibits private health insurance. Health care in such a system can be delivered through either public and/or private hospitals and health care providers, but the payment for the health care must be made by a single entity, usually the government. A single-payer model eliminates cost sharing of any kind by the consumer, thereby increasing demand for a “free” service, requiring rationing of care.

Wait times for routine surgeries in the United States that could be performed within a week or a month of an injury, have a four- to 12-month waiting period in the single-payer countries.

California and the United States are fortunate not to have a single-payer model, which is why there is not a prevalence of care rationing or unreasonable wait times for patients to be seen by providers or specialists, or for surgery.

In fact, in a comparison of 11 countries (see chart), the United States comes in first for the shortest wait times to be seen by a specialist (while Canada, a single-payer health care system, comes in second to last). 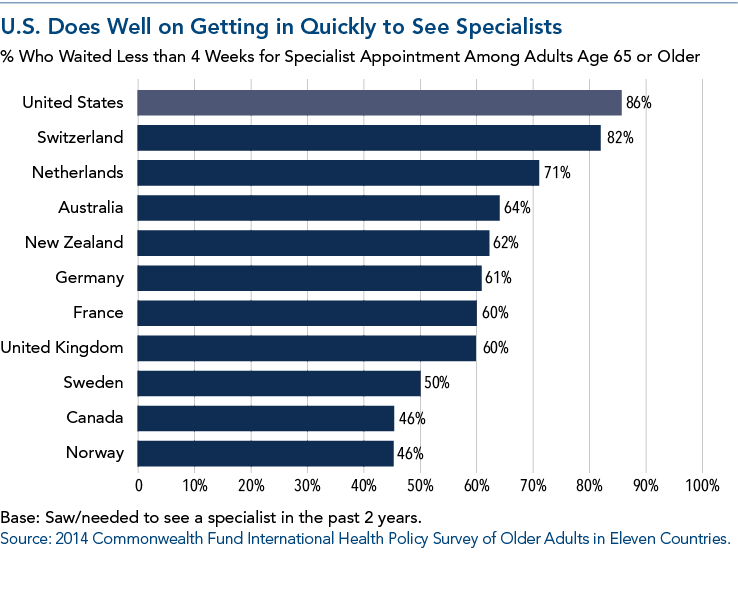 When compared to other countries, the United States spends more on health care than any other nation and yet ranks low in health outcome. The problem with the comparison, however, is that it is not equal and fair, and is based on data provided by the countries, which have different measurement standards or function under different medical standards.

Due to the frustration with the rising cost of health care, the recent narrative that has arisen and taken hold in California and the United States is that a single-payer health care system is the solution. The recent attacks on the Patient Protection and Affordable Care Act (ACA) at the federal level, including the proposed elimination of the individual mandate and cost-sharing reduction subsidies, have only further fueled the argument that single-payer health care should be implemented.

A closer look at health care systems around the world that are touted to be single-payer systems or ones that have achieved universal health care will lead to the conclusion that a single-payer health care system in other countries is very rare, does not result in more accessible health care, and is definitely not sustainable. A closer look also will reveal that countries which have achieved universal health care for all citizens and legal residents exempt many types of coverage and services that Californians believe to be essential health care and for which they expect health plan coverage, such as prescription medication, ambulance transport, and physical, occupational and speech therapy, as well as other services.

If implementation of single-payer health care 55 years ago in the nation’s northern neighbor is any lesson to California, it’s that California shouldn’t emulate a system that is slowly being abandoned. Canada’s own Supreme Court has stated that Canada’s health care system has violated patients’ “liberty, safety and security.”

California has the largest minority population in the United States. It has a nonwhite majority, with Hispanics representing 38.8% of the population and whites 38%. California also has the highest number of Asians and Hispanics of any state in the country.

To achieve universal health care in California, the question to answer first is, how do we define “universal”? The word “universal,” as defined by the seven countries analyzed in this article (Canada, Cuba, England, Australia, Taiwan, South Korea and Switzerland), is health care access or coverage for all the nation’s citizens and legal residents.

If that is the definition, California is very close to achieving universal health care at 97.6 % coverage. Of the 2.7 million people without coverage in California, approximately 900,000 are citizens or legal residents.

Although it doesn’t appear that the federal government will pay a share of covering health care for undocumented California residents, if the state wants to pay for coverage, it can do so without blowing up the existing system. It can choose to subsidize care for the undocumented as a state-only program. The health care access for undocumented residents can be provided regardless of whether there is a government-run system or the multi-payer system California has today.

The CalChamber has been a strong proponent of comprehensive immigration reform that includes a pathway to legal status for undocumented residents.

Rather than upending the health care system that polls say many Californians are satisfied with (except for costs), any reform to the system should focus on those who cannot gain access to affordable health care.

The CalChamber supports the following, including:

• Access to affordable health care through an insurance model or clinic model;

• Cost-containment on medication and treatment;

• Reducing administrative work for providers, such as by using uniform forms to claim reimbursement; and

• Expanding the investment by the state to increase the number of health care providers, especially physicians.

Condensed from the highlighted issue article in the 2018 CalChamber Business Issues and Legislative Guide. To read the full article, including its brief analysis of key features of other countries’ health care systems, visit www.calchamber.com/businessissues. 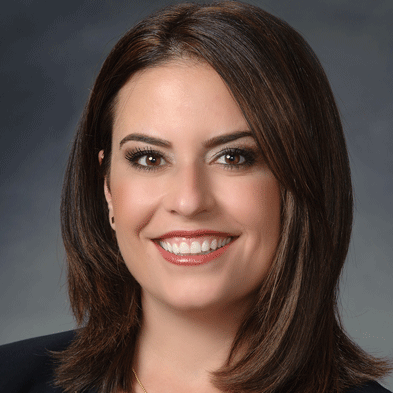 Three California Chamber of Commerce job killer bills, including one that would have raised taxes by more than $160 billion annually to fund a single-payer health care system, were stopped in the state Legislature...

The California Chamber of Commerce is leading a large and diverse coalition of California-based organizations in opposing two bills that establish and raise taxes to fund a single-payer health care system called “CalCare.” The CalChamber-identified...

Single-Payer Health Care – Brought to You by 40 Million Payers

On February 19, a throng of legislators, led by Assemblymember Ash Kalra (D-San Jose), introduced AB 1400, the Guaranteed Health Care for All bill (aka CalCare, aka single-payer health care). According to Kalra, “CalCare will...