How Do We Address Housing Crisis? One Incremental Step at a Time 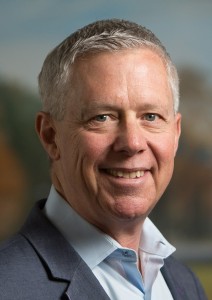 Productively addressing California’s housing crisis will require a long slog, not a magic bullet. The effective policies are politically treacherous, while the easy victories already have been chalked up.

A broad consensus of nonpartisan policy experts and think tanks point to regulatory and litigation reform, particularly of the California Environmental Quality Act (CEQA), as the highest value policy change that can lead to quicker and less expensive production of needed housing in both infill and suburban locations.

But as Governors from Pete Wilson to Jerry Brown have learned, attempting to reform CEQA is a painstaking and mostly unsuccessful venture.

Subsidies for affordable housing have been somewhat more successful, with both taxpayer-supported general obligation bonds and tax exempt financing used to create below-market housing opportunities. Local governments also use their police power to require inclusionary zoning as a condition of project approval.

While these subsidies and mandates have produced some affordable housing, they are highly inefficient. The nonpartisan Legislative Analyst found that “the scale of these programs—even if greatly increased—could not meet the magnitude of new housing required,” and that “extending housing assistance to low-income Californians who currently do not receive it… would require an annual funding commitment in the low tens of billions of dollars.”

Even more fundamentally, as UCLA economist Jerry Nickelsburg has written, “Prices are not just a supply phenomenon but are rather an interaction between supply, what is available for sale, and demand, what people want to buy.”

Elaborating on the San Francisco case, Nickelsburg wrote, “But given the housing stock, many more people want to live in San Francisco than can. An estimate in a [recent paper] found that more affordable housing could increase San Francisco’s population by 100 percent or more. So there exists significant demand for San Francisco housing that a moderate change in zoning and building standards will not correct.”

In the absence of sweeping deregulation or massive subsidies, expect only incremental progress to address the housing crisis. The good news is that policy experts continue to seek out opportunities on just these terms.

The latest contribution of good ideas worth considering comes from the USC Price School Practicum, which prepared a policy paper for the California Foundation for Commerce and Education on Building California’s Future: Increasing the Supply of Housing to Retain California’s Workforce. (Note: I helped scope the project, but had no role in the research, analysis or writing of the report.)

The Practicum investigated opportunities to increase housing supply affordable to workers without state subsidies that would not require massive regulatory reform. They made several useful findings:

• Adaptive reuse can be successful if a city ordinance is adopted and if there is a supply of commercial buildings available.

• A major barrier to the production of accessory dwelling units is the inability to acquire construction loans.

In the context of this report, “adaptive reuse” refers to the process of reusing an old commercial, industrial or warehouse site or building for housing. This can require zoning changes and building modifications and upgrades. On the other hand, when buildings are repurposed using adaptive reuse, developers often see less community opposition.

The takeaway is that successful adaptive reuse development can be replicated in other municipalities if a substantial number of historic/underutilized buildings can be complemented with legislative and process support from the city administration.

• A need for more focused efforts to provide lending products to support the creation of ADUs;

• Some of the concerns over the development of ADUs, such as increased traffic or degradation of the neighborhood’s aesthetics, do not necessarily materialize; and

• Localities still have unnecessary regulation that chills development of ADUs.

Finally, the Practicum examined the Housing Accountability Act, which places limits on a local government’s ability to deny or modify a housing development proposal that complies with general plan and zoning laws.

This law has been strengthened in recent years, broadening the classes of advocates who can use the law to litigate local disapproval of otherwise compliant housing proposals. The Practicum found that grassroots pro-housing advocacy groups can use this tool to support private development proposals, especially for rental housing, and not just development by nonprofits.

The full report and a briefer synopsis of its findings are available on the CFCE website at www.cfcepolicy.org.