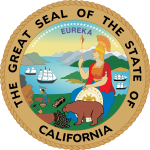 Governor Edmund G. Brown Jr. called on Republicans and Democrats to “find more things to do together” in his State of the State Address this week.

“Although we’ve disagreed—often along party lines—we’ve generally been civil to one another and avoided the rancor of Washington. I urge you to go even further and look for new ways to work beyond party and act as Californians first,” the Governor said in his January 24 address.

“Democrats are in the majority, but Republicans represent real Californians too… We went beyond party when we reformed workers’ compensation, when we created the rainy day fund and when we passed the water bond,” the Governor said.

“Let’s do that again and set an example for the rest of the country. And, in the process, we’ll earn the respect of the people of California.” The Governor called the lengthy applause following that statement “a very good sign of potential bipartisanship.”

The Governor also cited the closing of a $27 billion budget deficit as an example of what legislators and his administration have accomplished together.

One area where California and the federal government can work together, Brown said, is infrastructure: “Now here’s a topic where the President has stated his firm intention to build and build big.” The Governor noted that the President and several labor leaders had met the previous day and committed to a $1 trillion investment in public works across America.

“And I say, amen to that man…we’re there with you,” the Governor commented to applause.

He continued, “… We can all work together—here in Sacramento and in Washington as well. We have roads and tunnels and railroads and even a dam that the President could help us with. And that will create good-paying American jobs.”

But the Governor also identified other areas as part of reaffirming “the basic principles that have made California the Great Exception that it is.”

Before his State of the State address, the Governor swore into office new Attorney General Xavier Becerra, “the son of immigrants who saw California as a place where, through their own grit and determination, they could realize their dreams.” Citing laws the state has enacted to protect the undocumented, the Governor committed to defend “every man, woman and child who has come here for a better life and has contributed to the well-being of our state.”

He pointed to California’s embrace of the Affordable Care Act (ACA), the 5 million people who now enjoy its benefits and how the state budget would be directly affected “possibly even devastated” if California were to lose the tens of billions of dollars from the federal government that came with ACA coverage. The Governor said he intends to join with other Governors, senators “and with you—to do everything we can to protect the health care of our people.”

The Governor also reiterated his commitment to continuing state efforts to encourage renewable energy and combat climate change, joining with other states, provinces and countries.

Earlier in his address, the Governor noted that his great-grandfather arrived in California from Germany on a sailing ship named “Perseverance,” which was “exactly what it took to endure the dangerous and uncertain months at sea,” the Governor said.

“While we now face different challenges, make no mistake: the future is uncertain and dangers abound. Whether it’s the threat to our budget, or to undocumented Californians, or to our efforts to combat climate change—or even more global threats such as a financial meltdown or a nuclear incident or a terrorist attack—this is a time which calls for courage and for perseverance, and I promise you both,” the Governor said, before ending by quoting from Woody Guthrie, “Nobody living can ever make me turn back. This land was made for you and me.” 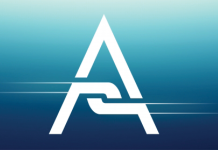