The California Chamber of Commerce has added its arguments in a case that may help clarify meal and rest period requirements for health care employees who work 12-hour days.

The CalChamber and the Civil Justice Association of California (CJAC) are supporting the argument of the medical center that health care workers may voluntarily waive in writing one of two-half-hour meal breaks to which they are entitled if they work a shift of more than 12 hours. The waiver can be revoked by the employee at any time with one day’s notice to the employer.

The practice is in keeping with the Industrial Welfare Commission’s (IWC) longstanding and uniformly applied application of Wage Order 5, the plaintiff and CalChamber contend.

A California appellate court ruled to the contrary in the case.

The CJAC/CalChamber brief points out that if the appellate court decision is not reversed, it will inflict tremendous financial hardship on the medical center and all health care employers in California.

The errant appellate court decision also will “deprive health care workers of the freedom to choose when they wish to take or waive one of two entitled meal breaks and go home earlier with the same amount of pay as if they chose to take that second half-hour meal break and work longer,” the brief states.

The losers will be the vast majority of health care workers, their employers and the general public who will be forced to pay even more for health care. The winners will be class action lawyers representing plaintiffs who signed waivers and never revoked them.

• AB 60, the 1999 overtime legislation, permits the IWC to provide for an employee in the health care industry to voluntarily waive one of two meal breaks for shifts that exceed 12 hours.

• SB 88 of 2000 substituted the phrase “except as provided in Section 512” for the phrase “notwithstanding any other provision of law” in Labor Code Section 516. The appellate court decision relies on this one wording change.

• Last year, the Legislature enacted and the CalChamber supported an urgency bill to remedy the appellate court interpretation of the law. SB 327 (E. Hernandez; D-West Covina) clarified that voluntary waivers by health care workers of one of two meal periods for a work shift exceeding 12 hours is and was valid from October 1, 2000.

The CJAC/CalChamber brief advocates harmonizing the changes to the Labor Code to provide that health care workers can voluntarily waive one of two meal breaks for shifts lasting more than 12 hours.

A “literate reading” of the Labor Code sections and Wage Order 5 warrants this interpretation, the CJAC/CalChamber brief argues. Moreover, forcing health care workers to take two meal breaks for shifts of more than 12 hours doesn’t further the workers’ health, safety and welfare for a number of reasons:

• The decision of whether to waive the second meal break rests entirely with individual workers.

• There is no danger that workers will be overworked or somehow pressured to waive a meal break they would prefer to take.

• There is a financial incentive to assure workers are not overworked by their employers because the Labor Code requires double-time pay if health care employees work more than their scheduled shift of 12 hours.

• As the IWC reported, the vast majority of employees testifying at public hearings supported the freedom of choice provided by the ability to waive one meal period, combined with the protection of at least one meal period on a long shift.

CalChamber Podcast Focuses on Meals and Breaks at the Office 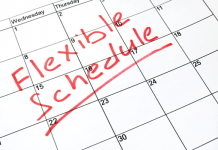 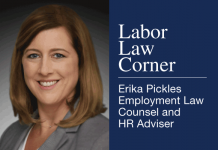