Newly released trade statistics from the U.S. Department of Commerce revealed another record-breaking year in exports for California and the United States.

“With more than 95% of the world’s population living outside the United States, international trade is more important than ever,” explains Susanne Stirling, vice president of international affairs for the California Chamber of Commerce, in the latest CalChamber Capitol Report video.

“Exports have played a critical role in America’s economic comeback, and they continued to do so in 2014,” said U.S. Secretary of Commerce Penny Pritzker when the statistics were released.

Secretary Pritzker’s comments echoed those of President Barack Obama in his 2015 State of the Union Address in which he noted that exports are much higher now than ever, and that exports amount to higher wages.

U.S. exports in services increased $22.9 billion to $710.3 billion. This was due to a rise in travel, higher costs for the use of intellectual property, and an increase in the use of financial services.

California’s top export destinations are Mexico, Canada, China, Japan and South Korea. California is one of the top exporting states in the nation of computers, electronic products, and sales of food and kindred products.

Computers and electronic products are California’s leading export, accounting for 24.5% of all the state’s exports.

The California Chamber of Commerce, in keeping with long-standing policy, enthusiastically supports free trade worldwide, expansion of international trade and investment, fair and equitable market access for California products abroad and elimination of disincentives that impede the international competitiveness of California business. 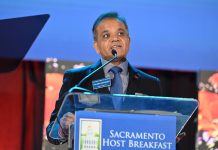 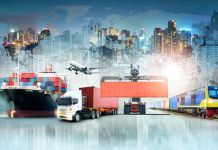