Numerous proposals that make it more difficult and more expensive to do business in California passed the Legislature in the closing days of the legislative session.

In a state where business operating costs average 19% higher per job than elsewhere in the nation, the negative impact of the CalChamber-opposed bills should not be ignored.

Lawmakers rejected a “job killer” allowing unproven wage liens. In addition, the California Chamber of Commerce was able to secure amendments to reduce the impact of the paid sick leave bill, removing the “job killer” designation, but not CalChamber opposition.

Amendments led to the removal of both CalChamber opposition and the “job killer” label for legislation that would have substantially expanded the California Environmental Quality Act (CEQA) process by mandating consultation with Native American tribes on certain projects.

• To Governor: AB 2617 (Weber; D-San Diego) Interference with Arbitration Agreements and Settlement Agreements. Unfairly prohibits the enforcement of arbitration agreements or pre-litigation settlement agreements that require the individual to waive their right to pursue a civil action for the alleged violation of civil rights.

• Rejected: AB 2416 (Stone; D-Scotts Valley) Unproven Wage Liens. Creates a dangerous and unfair precedent in the wage and hour arena by allowing employees to file liens on an employer’s real or personal property, or property where work was performed, based upon alleged yet unproven wage claims. Failed passage in Senate, 13-15, August 28.

• Failed: SB 1372 (DeSaulnier; D-Concord) Increased Tax Rate. Threatens to significantly increase the corporate tax rate on publicly held corporations and financial institutions up to 15% according to the wages paid to employees in the United States, and threatens to increase that rate by 50% thereafter, if the corporation or institution reduces its workforce in the United States and simultaneously increases its contractors. Failed passage in Senate, 18-17, August 28. 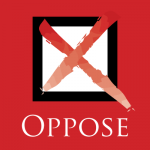 • AB 1739 (Dickinson; D-Sacramento) Premature Regulations. Potentially devalues land prices of commercial and agricultural properties by limiting groundwater rights on which credit worthiness is based by requiring groundwater management plans without careful and thoughtful review of all monitoring data and without clear definitions or directions.

• SB 1168 (Pavley; D-Agoura Hills) Premature Regulations. Potentially devalues land prices of commercial and agricultural properties by limiting groundwater rights on which credit worthiness is based by requiring groundwater management plans without careful and thoughtful review of all monitoring data and without clear definitions or directions.

• AB 1723 (Nazarian; D-Sherman Oaks) Labor Commissioner Investigation. Expands the authority of the labor commissioner to issue waiting time penalties during the citation process instead of just the administrative hearing, without setting forth the basis of the penalty in citation.

• SB 25 (Steinberg; D-Sacramento) Due Process for Agricultural Employers. Denies due process for agricultural employers by requiring employer to implement a collective bargaining contract ordered by the Agricultural Labor Relations Board while appealing the order, unless the employer meets a high standard to win a stay.

• AB 1792 (Gomez; D-Los Angeles) Publicly Shames Employers. Unfairly targets the largest employers in California who have more than 100 employees enrolled in Medi-Cal for inclusion in an online list, exposing them to liability, public protests and media attacks, without regard to the rising cost of health care and other factors that often make health care coverage prohibitively expensive for employers.

• AB 1962 (Skinner; D-Berkeley) Dental Coverage. Inappropriately assumes the outcome of the examination of dental plan premiums it requires, which could lead to unnecessary and detrimental regulation of the most affordable plans.

• SB 1094 (Lara; D-Huntington Park/Long Beach) Interference with Private Contracts. Inappropriately interferes with the ability of successful health facilities operators to purchase or merge with struggling hospitals, increasing the risk and cost of financing for these transactions, by allowing the California Attorney General to retroactively amend the terms of the transfer agreement for up to five years rather than resorting to traditional remedies when she unilaterally determined that one of the parties has breached the contract or made material misrepresentations.

• SB 610 (Jackson; D-Santa Barbara) Expansion of Litigation for Franchisors. Unfairly limits a franchisor’s ability to terminate a franchisee agreement with a poor-performing franchise and substantially increases litigation by limiting the termination of a contract to only a “substantial, material breach,” which is undefined, and only after the franchise has been provided a 30-day right to cure.

• Following August 28 amendments, the CalChamber had no position on SB 1182 (Leno; D-San Francisco) The bill originally created unnecessary oversight of health plans. It would have imposed unnecessary new administrative burdens on health plans and insurers by requiring them to file rate information about proposed large group rate increases exceeding 5% with their departments 60 days prior to any rate increase, and to annually disclose aggregate data about all large group rate filings and make that information available to certain purchasers for free upon request.

• Never taken up for a vote on the Assembly floor was CalChamber-opposed SB 1139 (Hueso; D-Logan Heights), a geothermal procurement mandate. SB 1139 would have increased the cost of energy and threatened current renewable generation jobs by requiring the procurement of 500 megawatts of new geothermal energy.

• Pending on the Senate floor, but not voted upon was CalChamber-opposed AB 2533 (Ammiano; D-San Francisco), which would have undermined managed care. AB 2533 would have significantly increased health care costs and made premiums less affordable for employers by requiring health care service plans, in some cases, to arrange out-of-network care with noncontracting providers regardless of their rates.

Many bills opposed by the California Chamber of Commerce have moved through legislative committees and could come to a vote of the entire Assembly or Senate as early as next week. Hearing from constituents will...

The Assembly Labor and Employment Committee this week approved a California Chamber of Commerce-opposed bill requiring double pay for work on certain days. During testimony to the committee on AB 67 (Gonzalez; D-San Diego) CalChamber...

A California Chamber of Commerce-opposed bill requiring double pay for work on certain days is scheduled to be considered by the Assembly Labor and Employment Committee on March 18. The CalChamber opposes AB 67 (Gonzalez;...