The 21st annual meeting between the California Chamber of Commerce and Japan business leaders was held in person once again following the COVID-19 pandemic. The meeting highlighted California’s continuing interdependence with one of its largest trade and investment partners.

The JCCNC was established as a nonprofit corporation in 1951 to promote business, mutual understanding and good will between Japan and the United States.

The JBA and JCCNC meeting covered a variety of themes, including the economy, homelessness, the supply chain, labor laws, the semiconductor market, and the tight labor market that both California and Japan currently are experiencing.

Environmental and trade policies also were on the agenda, on a state and federal level. The Japanese business delegation also discussed any incentives that may exist for companies that are considering moving their operations out of California.

The group also spoke about the many important Japanese contributions to the California economy, as Japan is the top foreign direct investor in California.

The United States is a large supplier of chemicals, transportation equipment, and computer and electronic products to Japan. Japan is also one of the largest U.S. foreign markets for agricultural products.

U.S. exports to Japan were $74.97 billion in 2021, making it the fourth largest export destination for the United States. Imports from Japan to the United States were $135.13 billion, with transportation equipment accounting for 35.5%.

In 2019, Japanese FDI in the United States supported 973,800 jobs and contributed $12.9 billion to research and development, as well as another $82.3 billion to expanding U.S. exports. The top industry sectors for Japanese FDI are auto components, industrial equipment, plastics, automotive OEM, software and information technology services, and metals (Select USA).

California continues to be the top exporting state to Japan, accounting for more than 15.8% of total U.S. exports. Japan has remained California’s fourth largest export market since 2010, after Mexico, Canada and China.

California exports to Japan, the world’s third largest economy, totaled $11.869 billion in 2021. Computers and electronic products accounted for 16% of total exports. Imports into California from Japan were $22.39 billion, with transportation equipment accounting for more than a fifth of total imports. California is currently the top importing state in the United States for products from Japan. 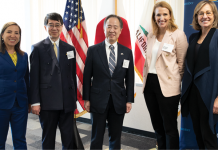 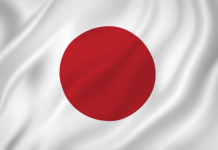