This year’s CalChamber Capitol Summit and the 95th Annual Sacramento Host Breakfast will be held virtually on the Zoom platform.

The Capitol Summit agenda will include legislative and election updates with CalChamber President and CEO Allan Zaremberg and special guest speaker Dan Walters, longtime journalist and political columnist with CalMatters.

Walters has been a journalist for more than 60 years, spending all but a few of those years working for California newspapers. At age 22, he was the nation’s youngest daily newspaper editor.

Walters and the column moved to The Sacramento Bee in 1984, and in 2017 to CalMatters.org, a nonprofit news organization specializing in California issues. He has written more than 10,000 articles and his column appears in dozens of California newspapers, as well as those in other states.

Major sponsors of the Virtual Capitol Summit are the Automobile Club of Southern California, Crowe and Esquire Plaza. The gold sponsor is CSAA Insurance Group.

There is no fee to participate, but registration is limited.

To register and learn more about the summit, visit www.calchamber.com/2021capitolsummit.

Since 1926, the breakfast has provided a venue where California’s top leaders meet, socialize and discuss the critical issues facing businesses, government and the state’s economy.

This year’s virtual format will enable leaders from business, agriculture, government, the military and education to participate safely.

Traditionally, the Governor of California and the CalChamber chair speak at the breakfast about significant issues facing employers in the state.

Governor Gavin Newsom has been invited to speak at the breakfast. The program also will include remarks by Donna L. Lucas, 2021 chair of the CalChamber Board of Directors and president and CEO of Lucas Public Affairs.

For questions about either event, call (916) 930-1299 or email events@calchamber.com. Separate registration is required for each event. 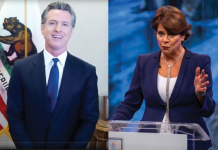 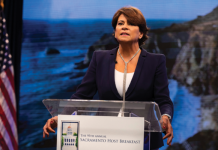 Torrance Bakery Owner Speaks Out for Businesses During Pandemic